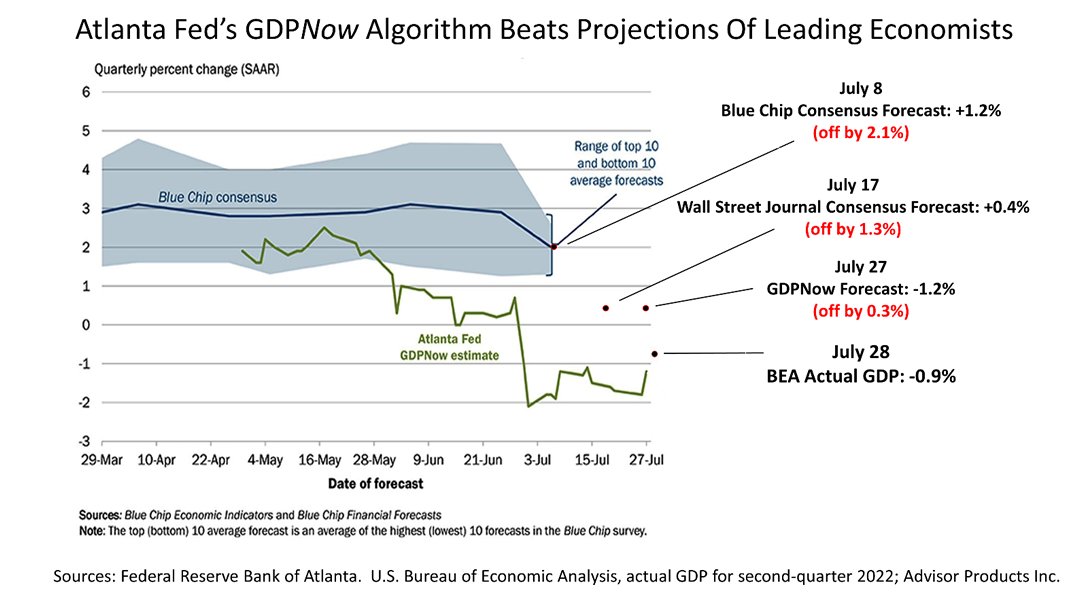 In the three tumultuous months of the second quarter, the Federal Reserve of Atlanta’s algorithm for estimating quarterly economic growth was far more accurate than consensus forecasts by leading economists. That’s unusual.

The Atlanta Fed’s GDPNow predictions are sometimes wildly wrong. Though consensus forecasts of economists are far from perfect, the humans have been more reliable than the GDPNow algorithm.

The Fed’s GDPNow forecast is updated two or three hours after the government releases economic data throughout every quarter. GDPNow’s prediction is designed to come closer to the actual growth rate announced by the BLS as the end of a quarter nears.

Although the Fed robo-economist’s track record is mixed, it was more reliable than the human experts in the second quarter, which was beset by multiple anomalies, including supply chain disruption, declining demand for inventory, and Fed rate hikes. The humans were overly optimistic for nearly the entire quarter. 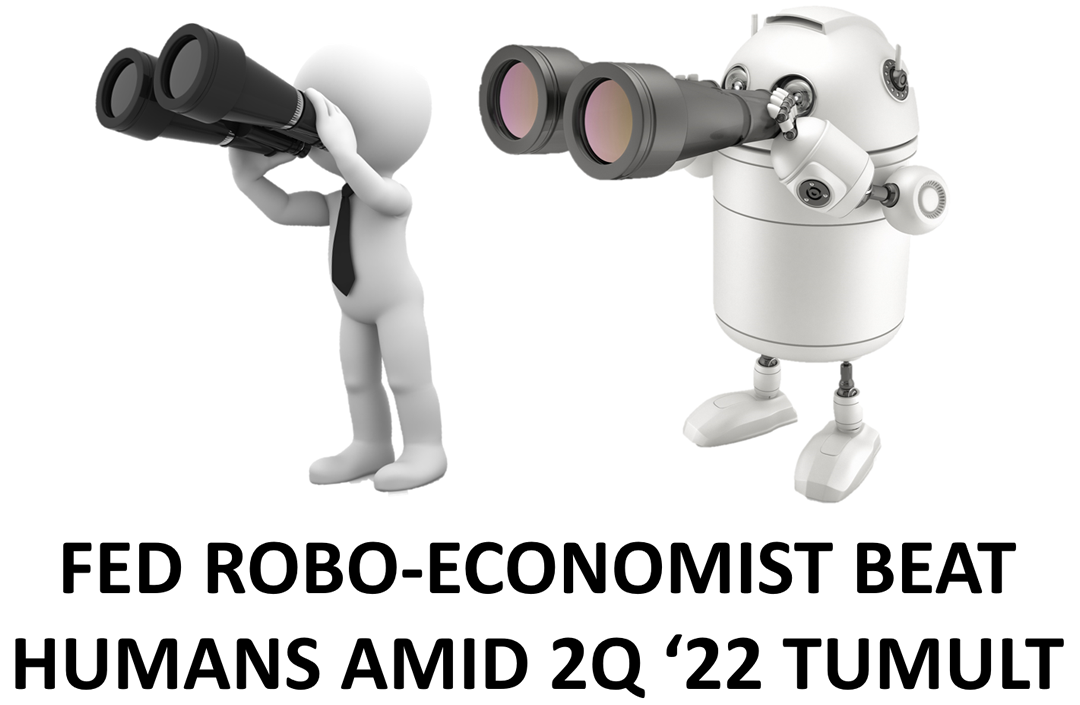 There are two highly credible surveys of leading economists:  a quarterly poll of 60 economists by The Wall Street Journal, and a monthly survey by Blue Chip Economic Indicators, cited by the Atlanta Fed along with its weekly updated GDPNow algorithm.

In this period of concurrent anomalies, forecasts by GDPNow were much closer to reality since early May; The forecasts human experts clung to a 3% growth prediction for months and did not revise it lower until July – and then to 2%, nowhere near the negative actual rate of growth announced on July 28.

We’re not saying that the GDPNow forecast is a breakthrough in predicting the economy, but if the algorithm is better at predicting quarterly results in periods of high economic uncertainty, it would be good to know.

Tracking developments like this is just one way we help you make long-term investments amid a changing world.