Amid Rapid Crosscurrents, A New Wave Of Small Business Is Emerging 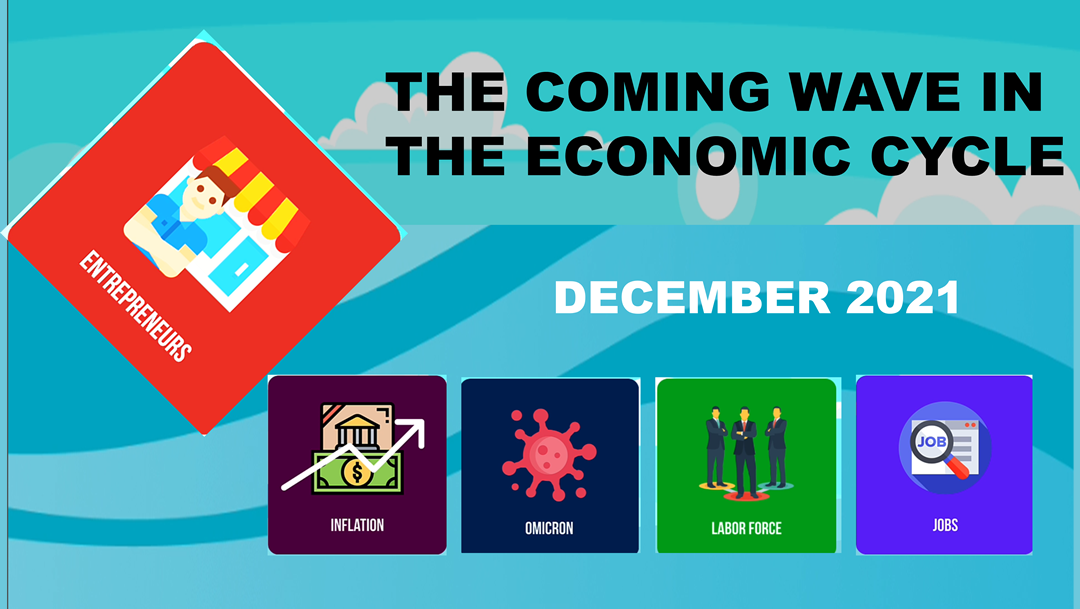 The stock market has been more volatile in recent weeks, amid a rising tide of bad news on inflation, the Omicron variant, and job creation. Yet key economic fundamentals are booming, and a hidden treasure of capitalism may slowly be making its way to the surface. 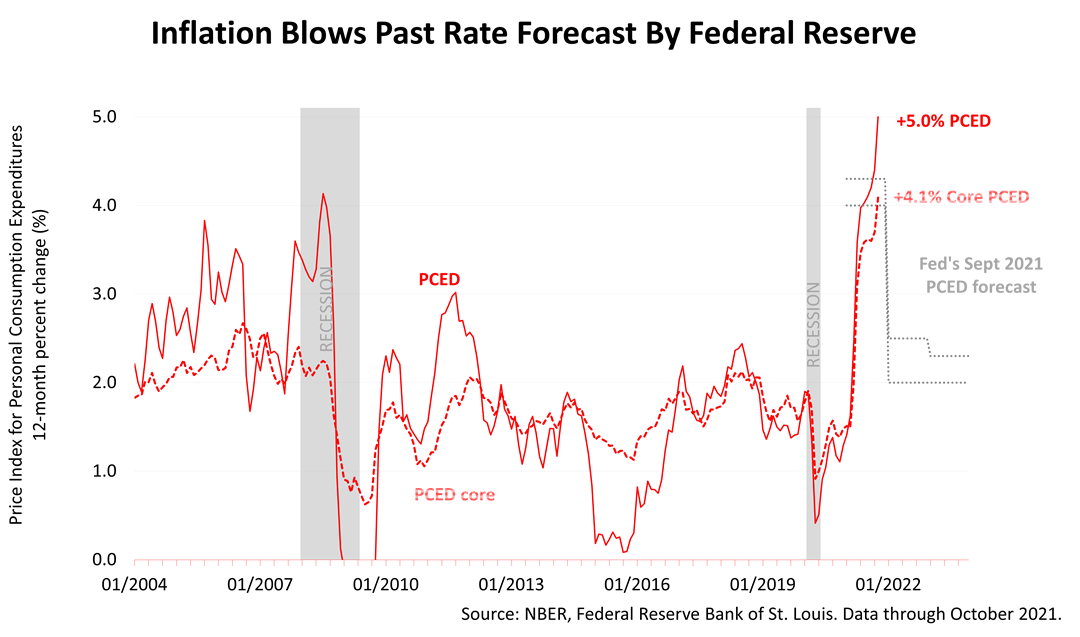 First, the bad news: The Federal Reserve was wrong about inflation and how temporary it would be. The Fed was expecting inflation would top out at 4%, but in October, the most recent data available shows, the inflation rate blew through 4% to 5%, the highest level in decades! And the Fed has now backed off its assertion that inflation would be temporary and be over with early 2022. 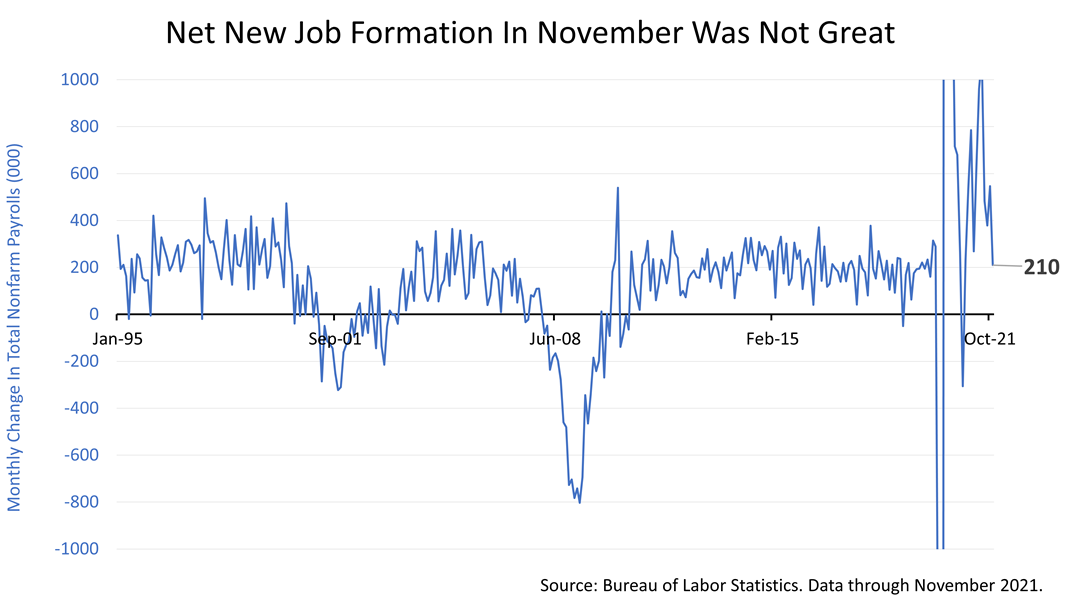 More bad news hit when the Bureau of Labor Statistics announced on December 3rd that only 210,000 new jobs were created in November, much less than the 530,000 that had been expected. The U.S. needs to average about 100,000 new jobs monthly to keep up with growth of the population, so the 210,000 may seem strong. However, the labor market lost 22 million jobs in the pandemic and is struggling to make up for that unprecedented loss. 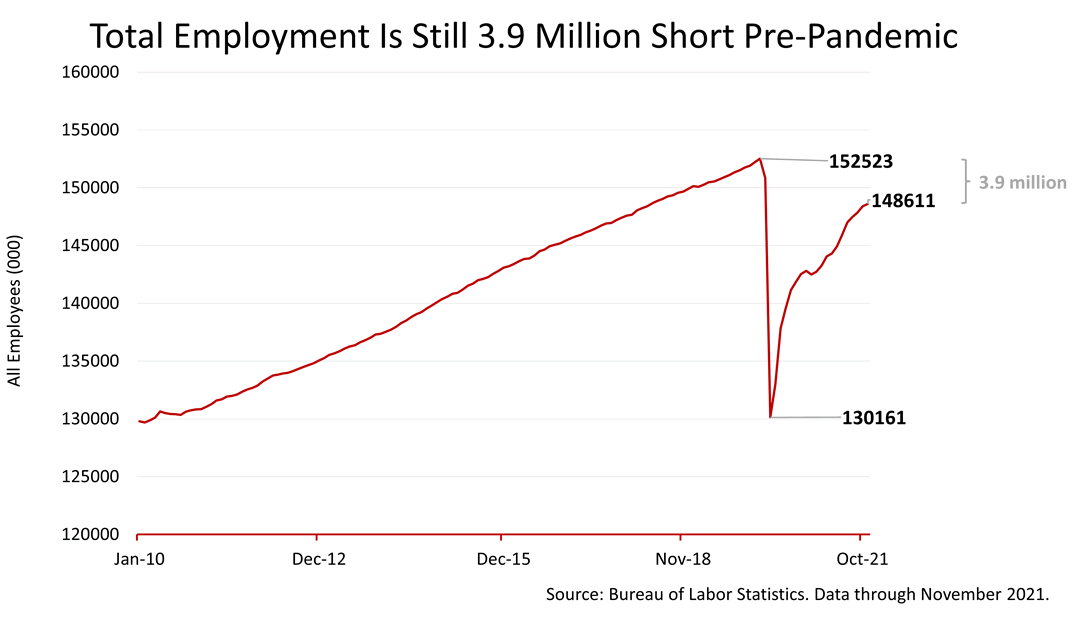 The number of employees in November remained 3.9 million lower than before the pandemic hit; the labor force is smaller, which usually translates into less consumer spending and slower growth of the U.S.

The proportion of the civilian population 16 years and older actively seeking work or working unexpectedly has not recovered from the pandemic. 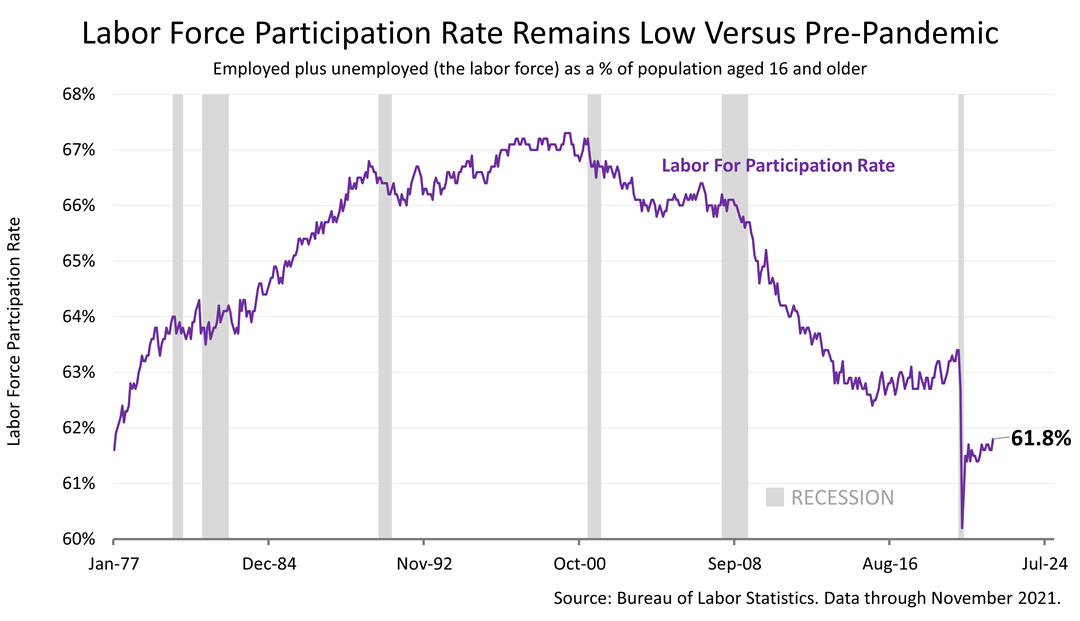 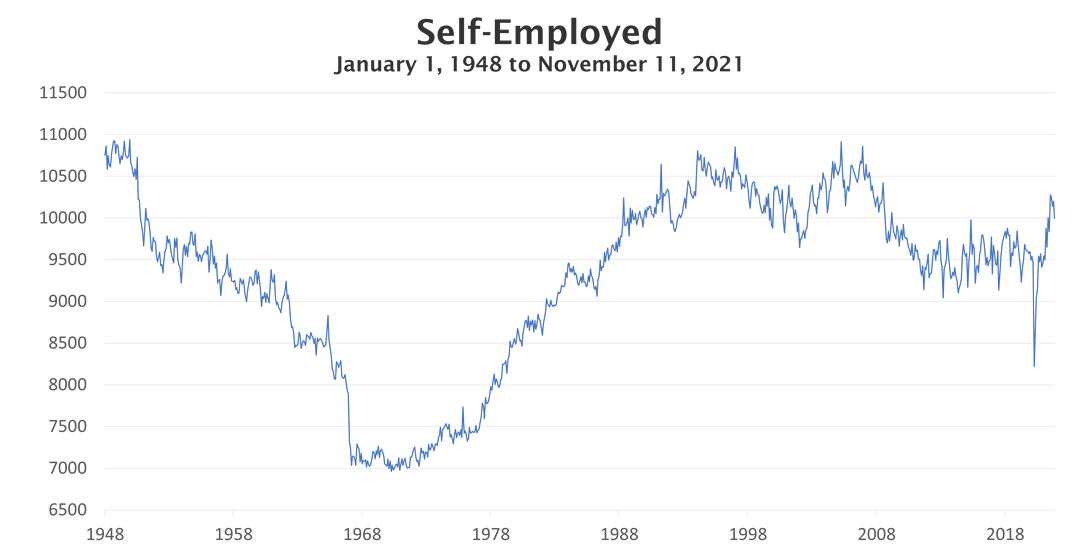 The labor participation rate did rise more in November than it has in months, but still badly lags its pre-pandemic rate.  The cause of this drop in the labor participation rate is widely ascribed to Baby Boomers who were at or near retirement when the pandemic hit and who chose to retire rather than risk catching the virus at work and, also, “The Great Resignation” by individuals who reassessed their life goals and financial needs during the Covid outbreak. 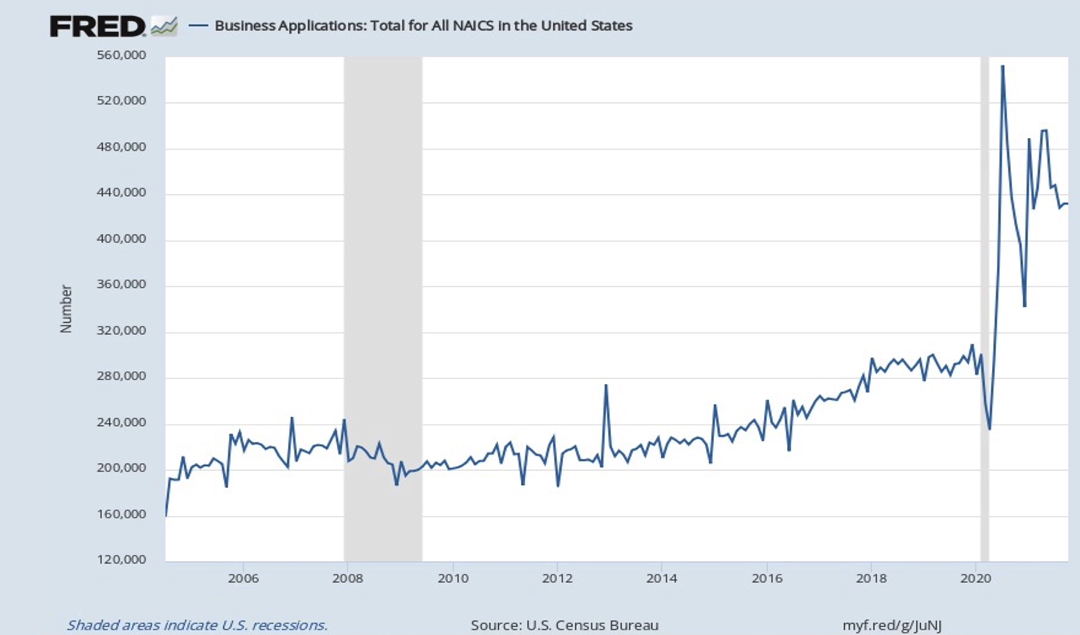 Which brings us to a hidden treasure easily lost in the latest swirl of grim economic news: The number of self-employed soared after pandemic struck and has rarely been so strong. Labor Department data show the number of self-employed Americans has soared from 9.4 million before the pandemic to 10 million in October. Census Bureau data reflect the same growth pattern in new business applications.

Small businesses account for nearly two-thirds of private-sector job growth in the U.S, and a flood of entrepreneurialism is being let loose. The growing ranks of self-employed have started new businesses and one or two of them could be the next Google or Amazon, and some will be local businesses with something better than before. Amid the swift crosscurrents of the world’s largest economy, on the strength of a new wave of entrepreneurs, bubbling up to the surface is American capitalism at its best.

Despite Inflation And Omicron, A Booming Economy
Amid Dangerous Crosscurrents, The Hidden Treasure ...