Bracing For Recession Amid A Bear Market 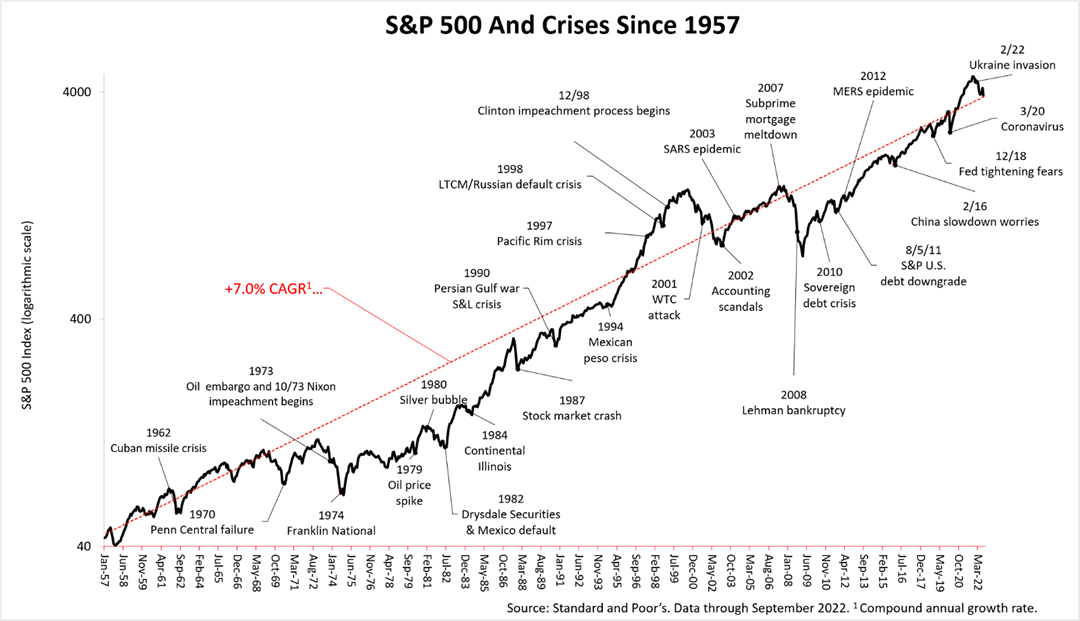 Stocks have been in a bear market since June 13, 2022. The decline began on January 3rd, worsened in February when Russia invaded Ukraine, and sunk further after the Federal Reserve in March began an aggressive series of interest rate hikes to fight inflation.

The price of the Standard & Poor’s 500 index and historic financial crises since 1957, shown in black in the chart, is a reminder that the U.S. economy and stock market endured many setbacks and bear markets throughout modern U.S. history. The dotted line in red shows the compound annual growth rate on the S&P 500 stock index was 7%, despite the many crises.

In recent months, the S&P 500 index declined from the heights of late 2021 and reverted to its historical trend rate of 7%. This indicates stocks are not overpriced, like they were in the tech-stock bubble, which began in 1997 and peaked in 1999 and 2000. Yet the economy is hobbled by high inflation and the stock market seems especially risky. How bad do things look to leading economic experts? 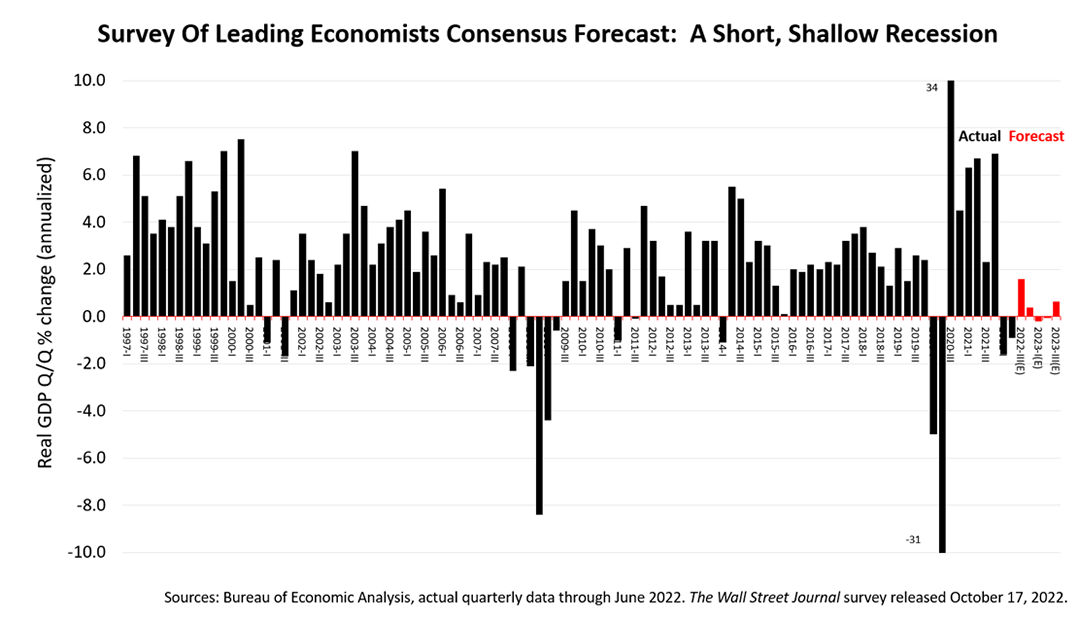 According to the latest Wall Street Journal quarterly survey of 60 leading economists, the consensus forecast is for a recession in the first and second quarter of 2023, but the downturn will be short and shallow, and the forecast calls for a return to positive growth of six-tenths of 1% in the third quarter for the U.S. economy.

To be clear, more pain is ahead, and stocks may decline further, but the consensus of the leading economists is for growth to return to the economy in the third quarter of 2023, and that’s a reminder to investors as we brace for a recession amid a bear market.

A Reminder To Investors Bracing For A Recession Am...
When Will Post-Covid Financial Pain Stop