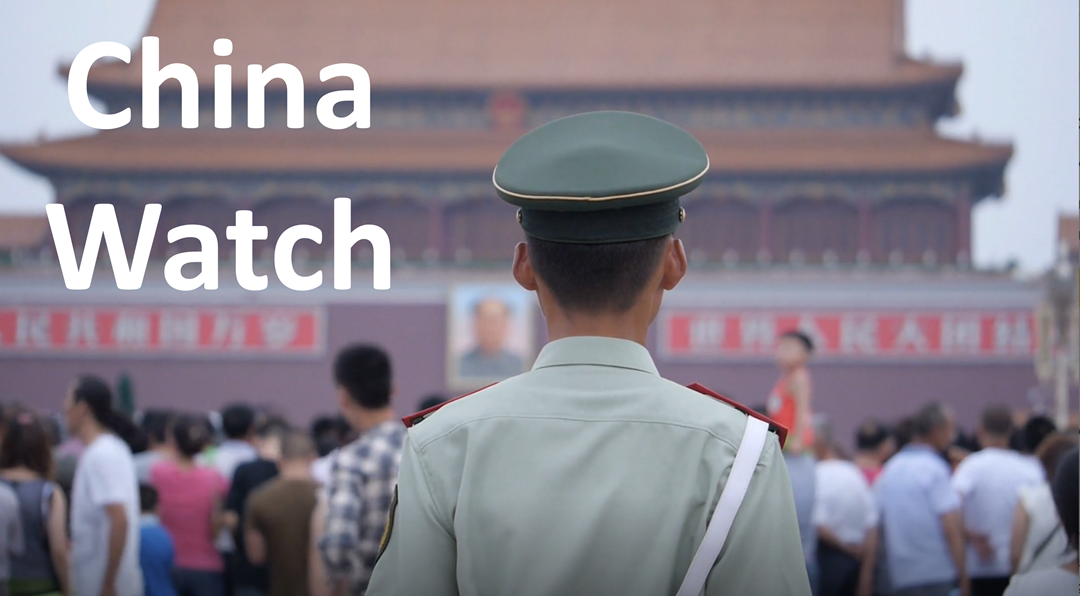 Fears of a China financial contagion infecting the global economy caused a plunge in the U.S. stock market on Monday, but the Standard & Poor’s 500 stock index recovered and closed with a one-half of 1% weekly gain.

Authorities in Beijing have signaled that Evergrande, one of China’s biggest real estate developers and reportedly the most indebted company in the world, may not be too big to fail. Unless Beijing rescues Evergrande, it is expected to default on its $300 billion in debts. The Chinese government has previously bailed out troubled companies, but it is cracking down on risk – including overleveraged companies; in a separate action Thursday, government authorities banned cryptocurrency transactions.

Fears of a contagion subsided after Federal Reserve Board Chairman Jerome Powell pointed out at a press conference Wednesday that the fortunes of Evergrande did not pose a systemic risk to the U.S.. Financial fallout would be contained to China. 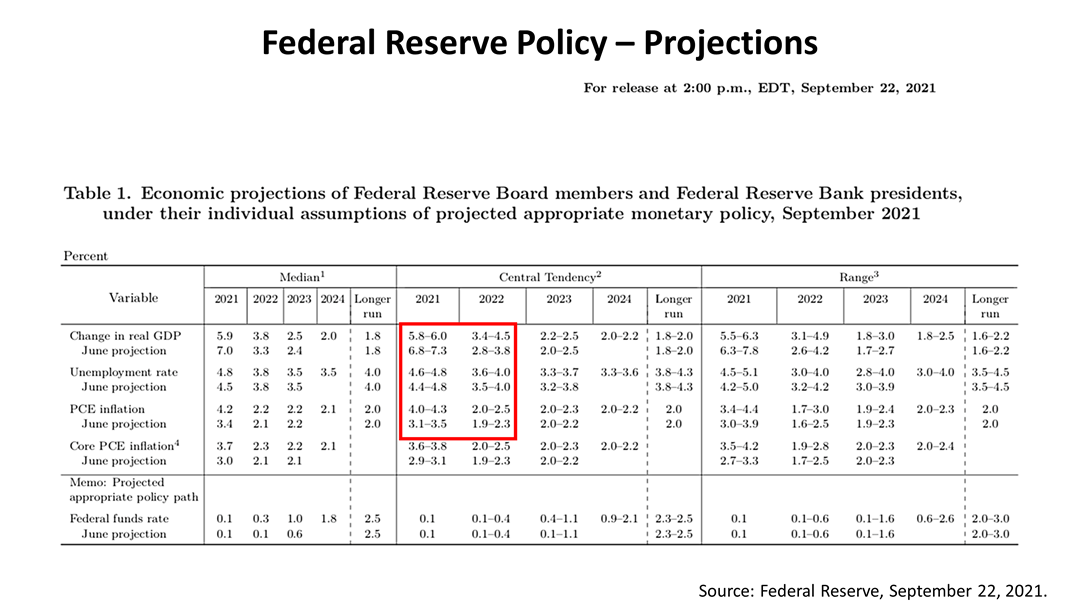 The other news for investors this week was in the Fed’s release of its latest projections for growth of the economy in 2021 and 2022.  Compared to its June forecast, the Fed shaved its 2021 forecast for growth of gross domestic product. The GDP forecast was changed to reflect a slightly higher unemployment rate and a not-so-slight increase in expectations for inflation. The Fed is sticking with its story, forecasting that the inflation spike will be transitory and, by 2022, the inflation rate will revert to between 2% and 2.5%. Whether the Fed is right may not be clear until February 2002. 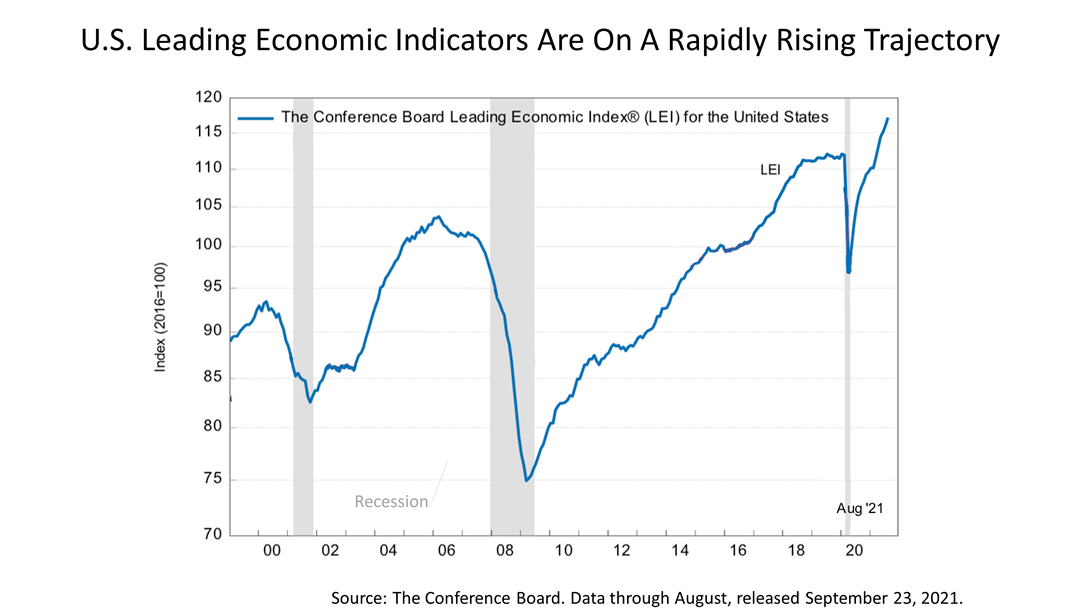 “The U.S. LEI rose sharply in August and remains on a rapidly rising trajectory,” according to The Conference Board, an association for large companies. “While the Delta variant—alongside rising inflation fears—could create headwinds for labor markets and the consumer spending outlook in the near term, the trend in the LEI is consistent with robust economic growth in the remainder of the year. Real GDP growth for 2021 is expected to reach nearly 6% year-over-year, before easing to a still-robust 4.0 percent for 2022.”

Apart from the Covid-induced recession, this chart shows that the LEI has definitively dropped months before the last two recessions. Nothing like a recession is happening now, as the LEI is higher than ever.

Every bear market in modern history was preceded by a recession, except for the Covid recession, which is why this is a key forward-looking indicator of financial economics. 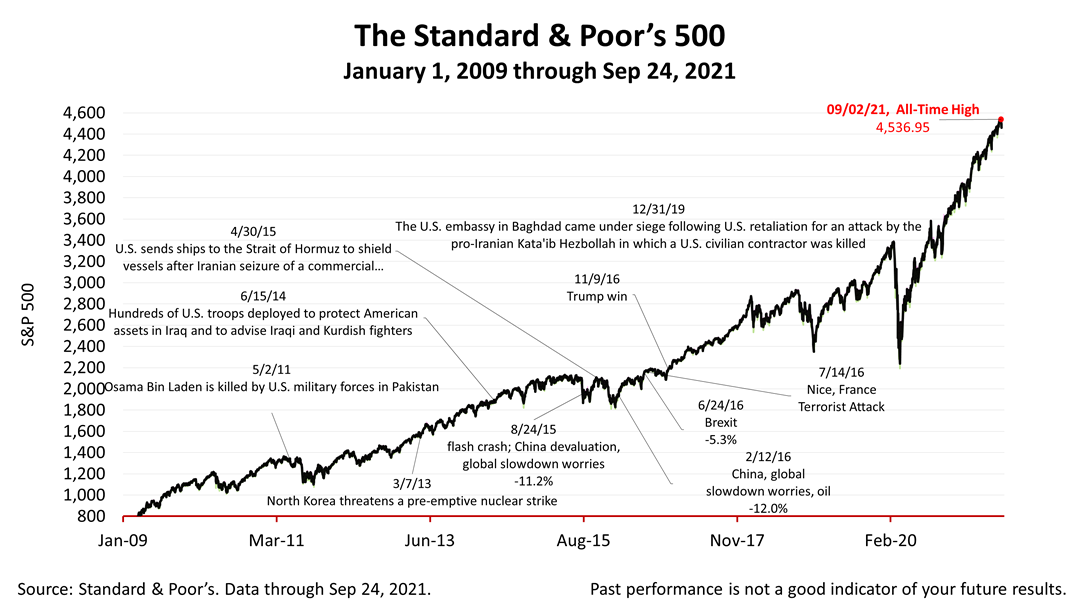