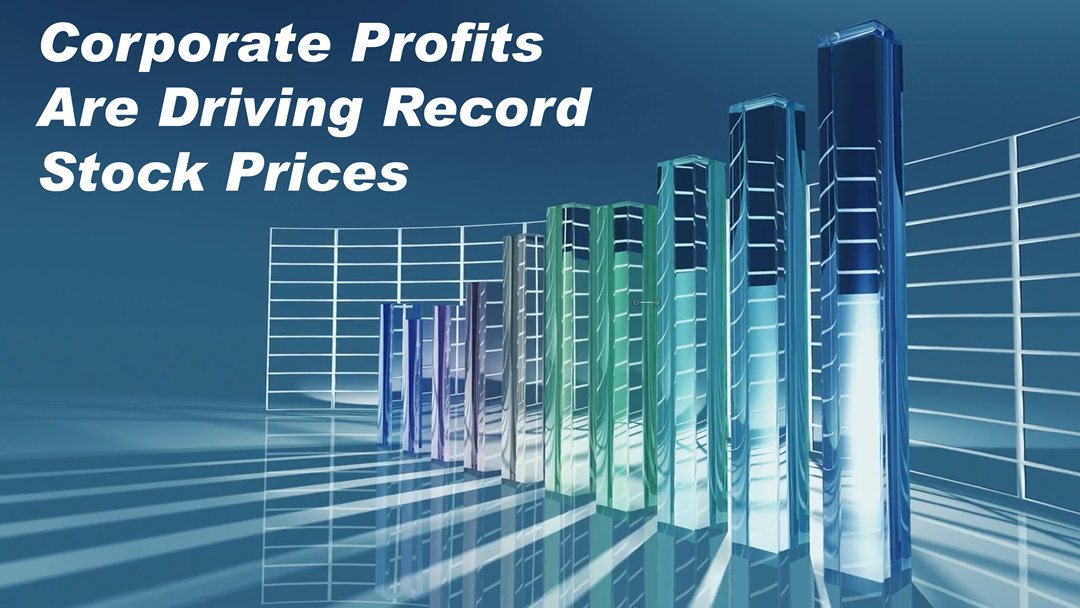 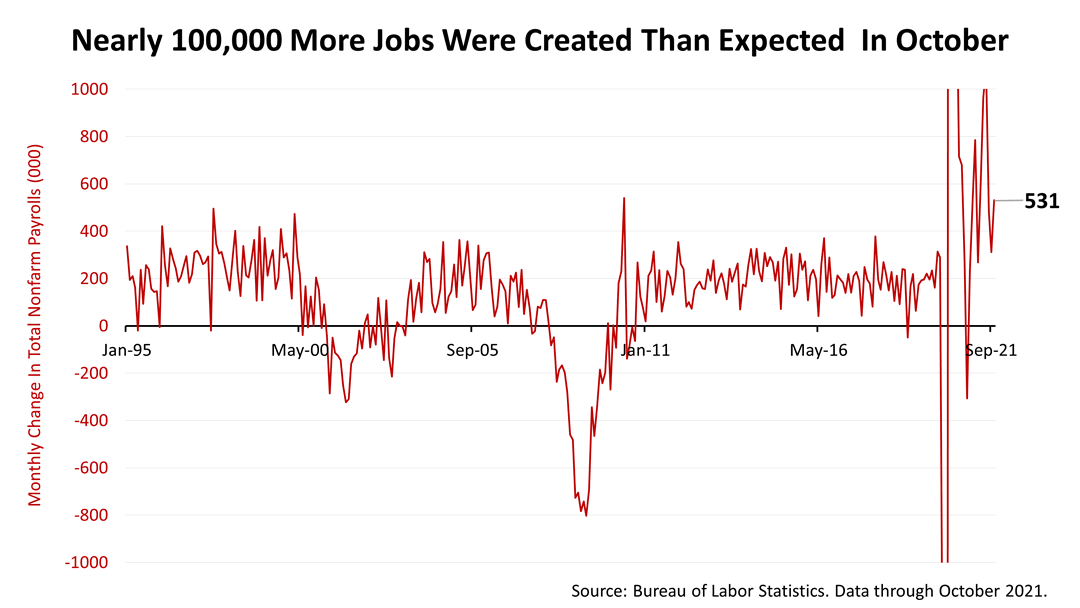 Friday morning, the Bureau of Labor Statistics reported that 531,000 new jobs were created in October, much more than the 435,000 expected by Wall Street.

Last month, the same report on new-job formation in September, was a negative surprise.

New-job formation is always a volatile monthly statistic, and the pandemic has made it even less predictable, as is shown in this chart. 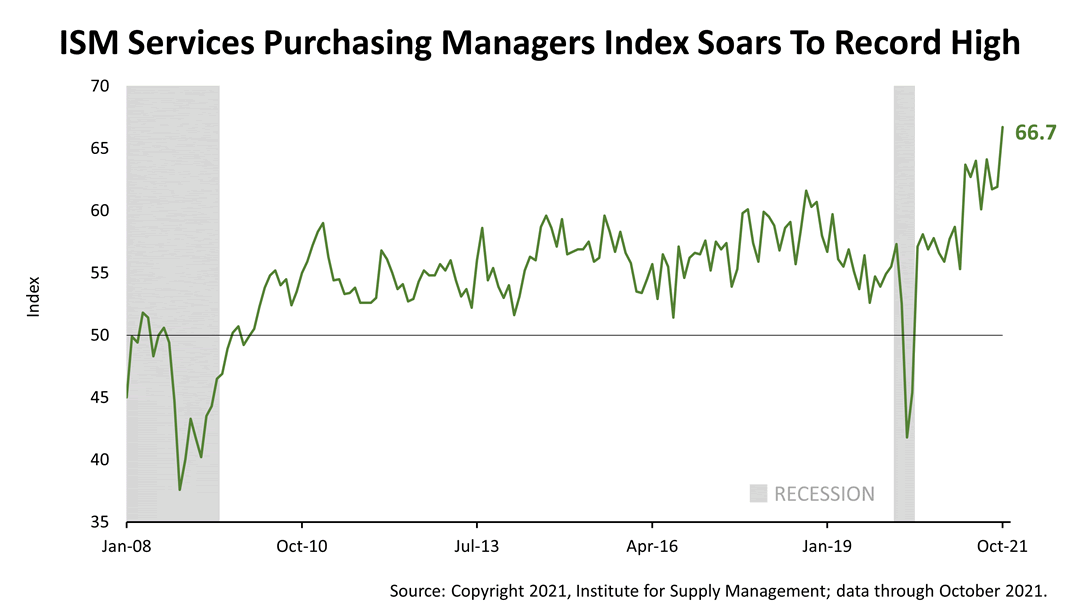 This chart of purchase orders made by service sector companies surged past its previous record high in October.

Services account for 89% of economic activity in the U.S and create 91% of non-farm jobs, which is why we share its current signal here regularly.

The ISM Service Purchasing Managers Index soared from 61.9% to 66.7%, a big move from already lofty heights by historical standards. 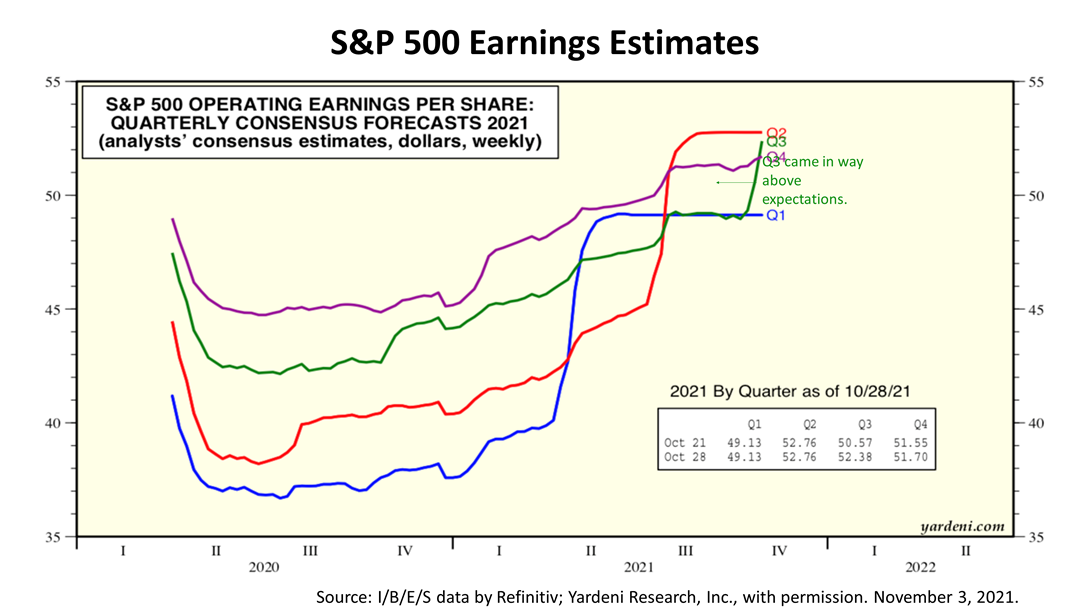 To be clear, corporate earnings are driven by growth in the economy. The economy grew at a slow 2% rate in the third quarter of 2021, but the consensus forecast of economists is for a 4.8% growth rate in the fourth quarter. Thus, it is reasonable to expect earnings growth in the fourth quarter will be higher than in the third quarter. While economic growth drives earnings, earnings growth drive stock prices, which explains today’s closing record high in the S&P 500 stock index. 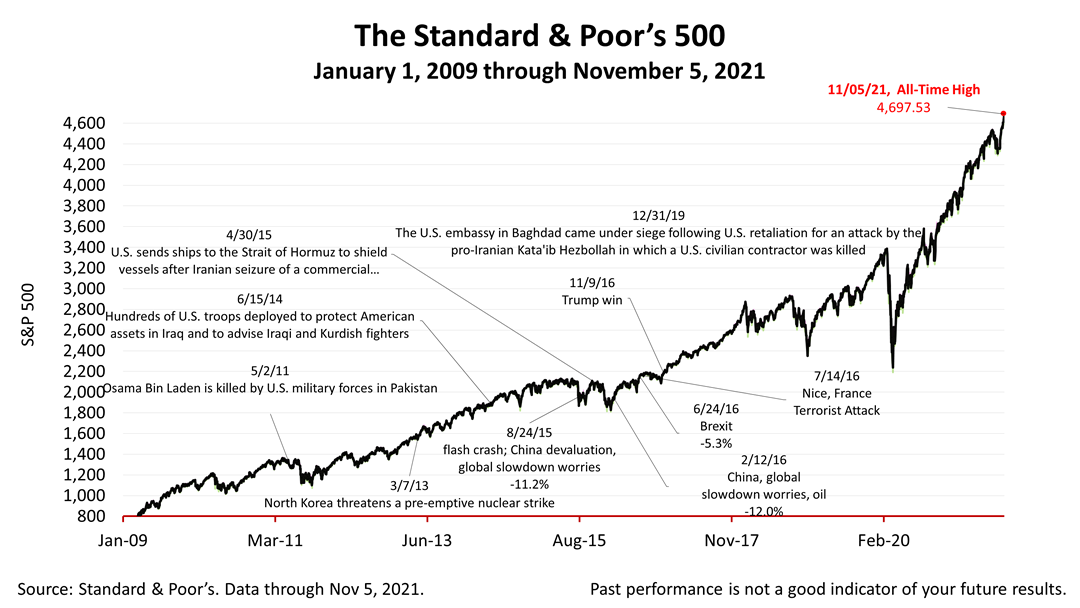 Planning For The Risk Of A Market Melt Up
An In-Depth Report For Investors On Key Economic F...