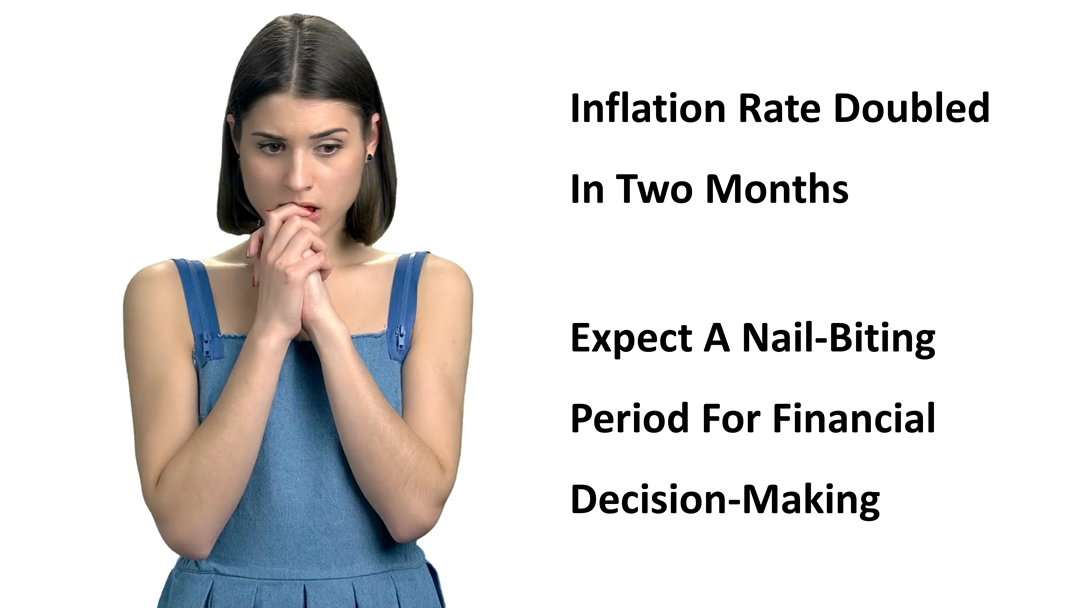 The rate of inflation federal policy is pegged against more than doubled in the last two months, according to data released this morning by the U.S. Bureau of Economic Analysis.

It’s prudent to expect the months ahead to be a nail-biting period for financial decision-making. 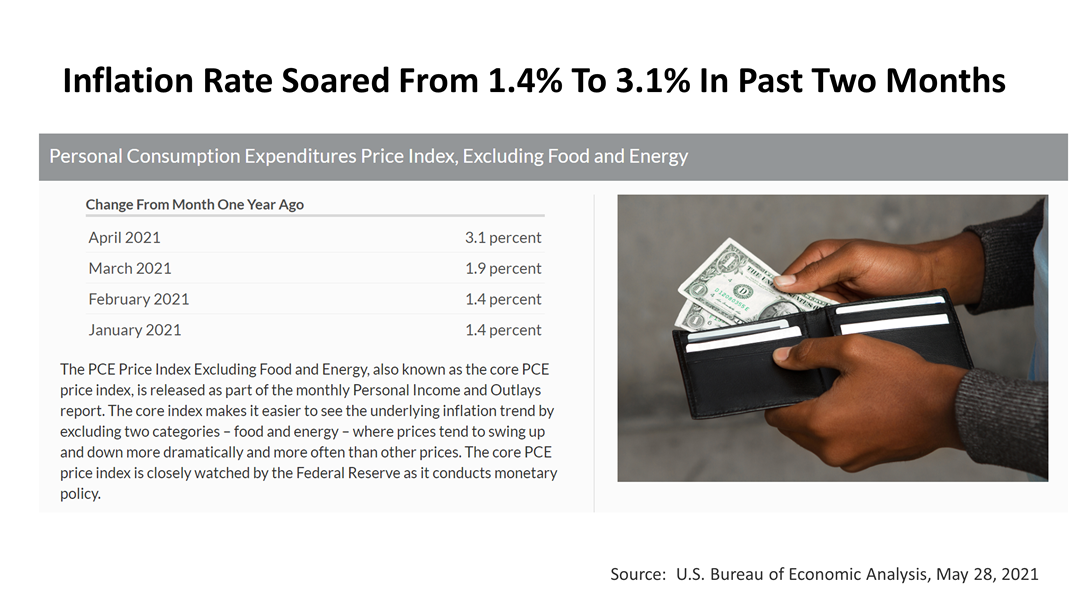 Though the PCED index of inflation came in a bit higher than had been predicted, the surge in inflation had been expected.

This is the most serious inflation spike in four decades. Yet Federal Reserve Chairman Jerome Powell has predicated Fed monetary policy on the assumption that the inflation spike will be temporary.  Thus, the spike in inflation to 3.1% marks the beginning of what is expected to be many months of heightened inflation anxiety. 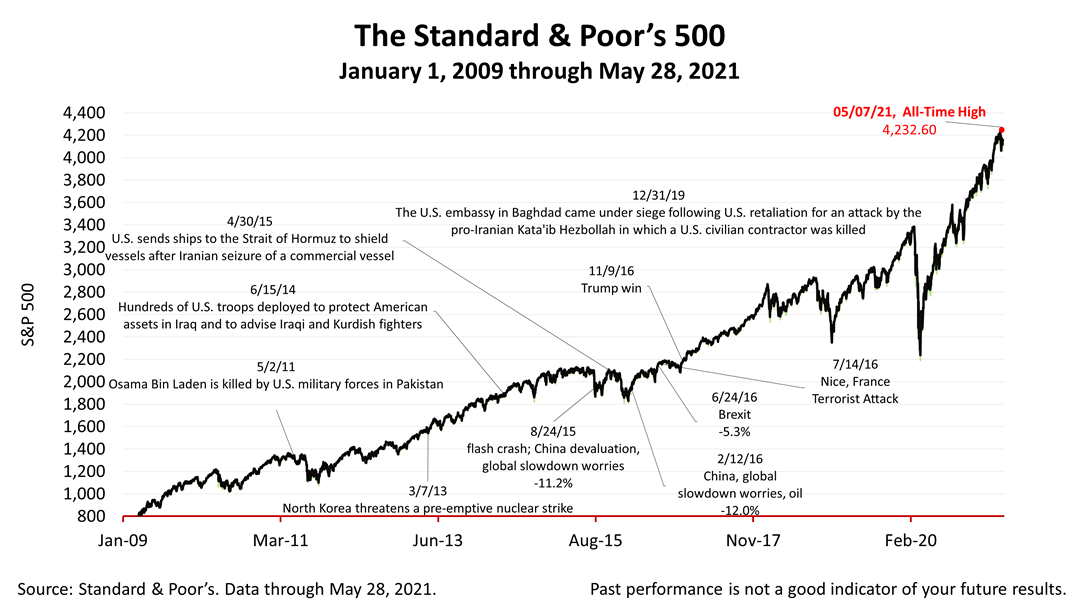 The Standard & Poor’s 500 stock index closed Friday at 4,204.11, less than 1% from its all-time high set three weeks ago. The index gained +0.08% from Thursday despite the BEA inflation data release and it was up +1.15% from last Friday’s closing price. The S&P 500 is up +61.06% from the March 23rd bear market low. Despite the strong stock market, inflation uncertainty should be expected to cause volatility for the rest of the year and into 2022.

If inflation anxiety or economic uncertainty are complicating financial decisions for you or someone you know, please do not hesitate to contact us.

Easy Ways to Get Your Kids Saving
Fed Signals It’s Thinking About Starting To Talk A...