Is A Market Melt-Up Under Way?

Earnings drive stock prices.  Lately, however, earnings have been driving stock prices to record-breaking prices and, with the fourth quarter economic growth rate about to more than double, stock prices could be lifted higher still.

Fourth quarter earnings are likely to surge again, which has economist Ed Yardeni talking about a market melt up. 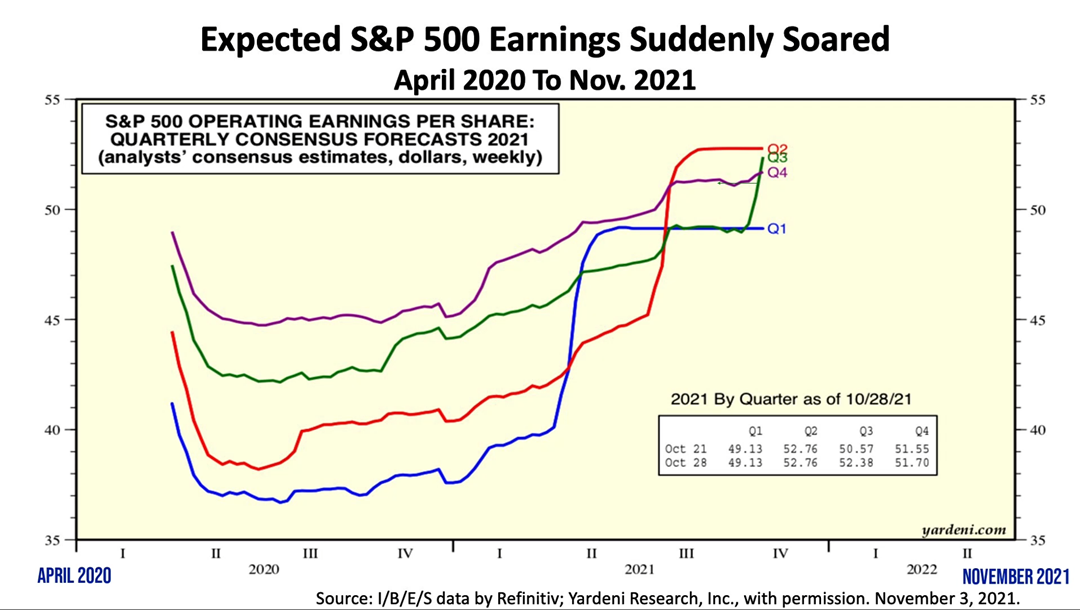 This is a chart from Dr. Ed Yardeni, one of Wall Street’s most widely-followed economists since the early 1980s. Dr. Yardeni calls the four lines “earnings squiggles.” Each squiggle represents the change in earnings projections made by Wall Street analysts for each quarter of 2021, starting in April 2020 through early November 2021.  Each squiggle represents the history of earnings forecasts for each of the four quarters of 2021. 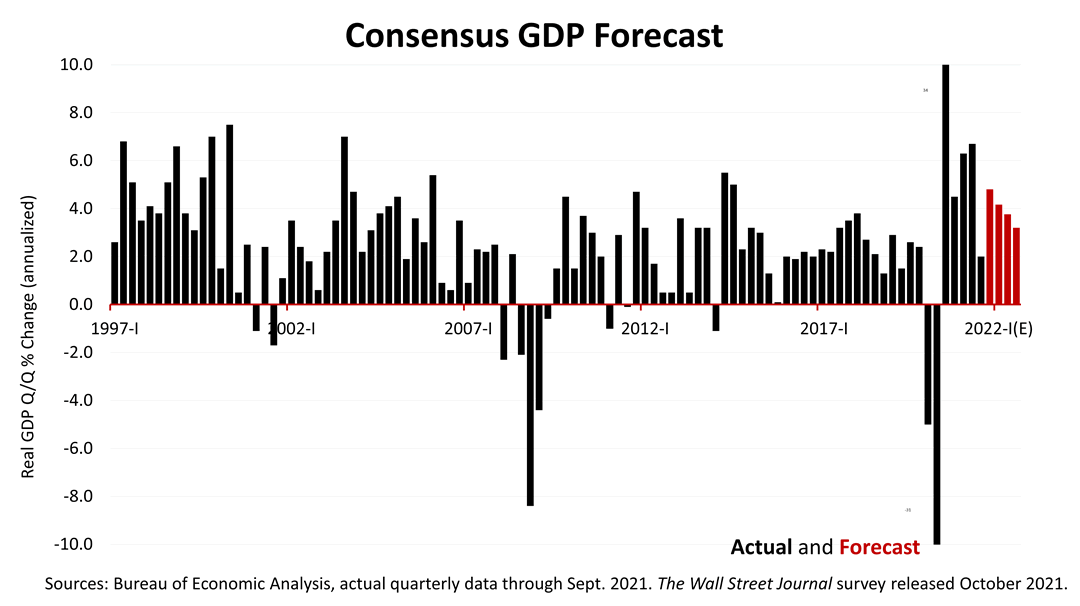 The economy is expected to grow by 4.8% in the fourth quarter. That’s the consensus forecast of the most recent poll by The Wall Street Journal of 60 of the nation’s leading economists. As a result, it’s reasonable to expect earnings growth to surge again in the fourth quarter, when the economy is expected to grow twice as much as in the third quarter, which was hobbled by the Delta-Variant.

This is not a prediction. It is a warning that financial economic facts make a market melt-up a real possibility.

Positioning yourself to benefit from a market melt-up requires knowing your personal financial and tax situation, which enables the kind of comprehensive financial planning advice we can provide to clients.