Is The Expected Income Tax Hike Going To Affect You?

An income tax hike is widely expected, but the important question is how it would affect your personal situation. Here's help in understanding and planning for the expected change in tax brackets. 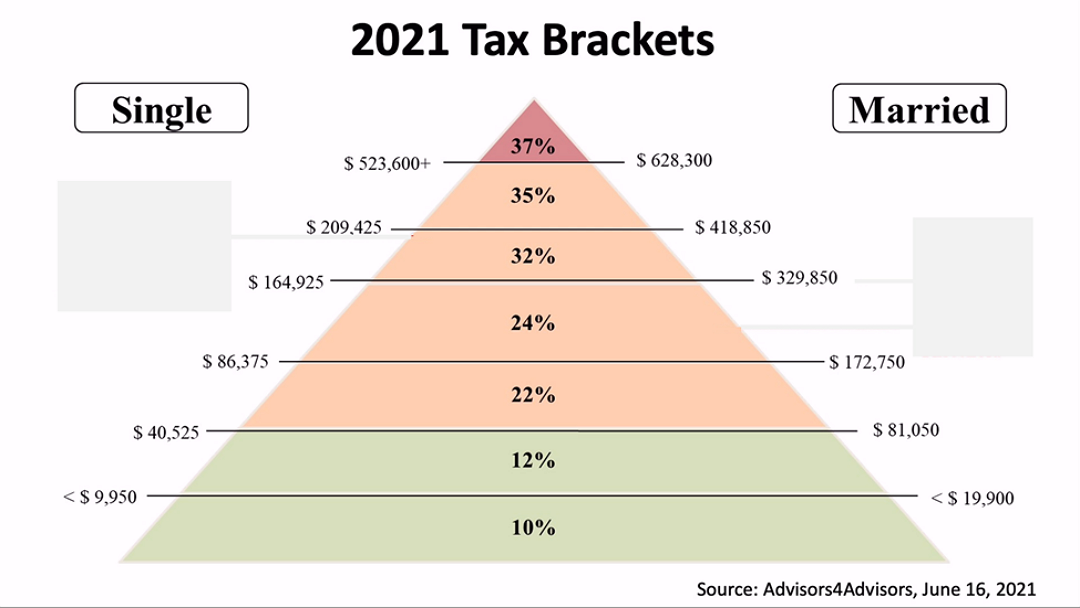 The Biden Administration has proposed not only raising the top income tax bracket from 37% to 39.6% but also expanding the 39.6% bracket to capture more taxpayers. The bars below show the marginal tax brackets in President Biden’s proposal versus the brackets in effect in 2021, and the marginal rates before President Trump's tax cut was enacted in December 2017. 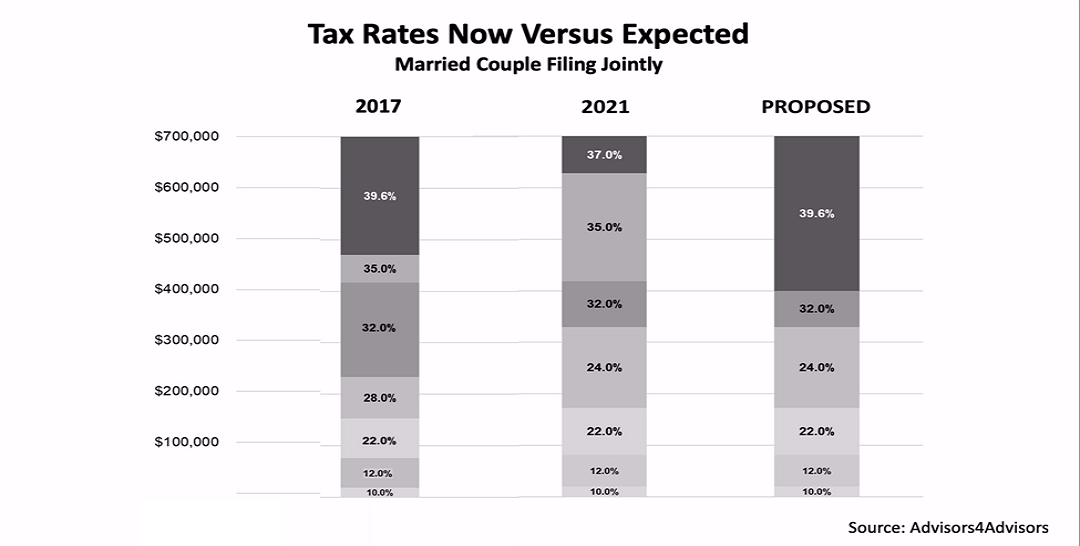 The exact tax brackets and their effective dates remain uncertain but are expected to be decided by Congress before the end of 2021. This will make year-end tax planning more critical. Depending on the outcome of the political wrangling in Congress in the final four months of the year, individuals will want to try to shift income and bunch deductible expenses to avert or at least manage the tax bracket changes expected to be adopted.