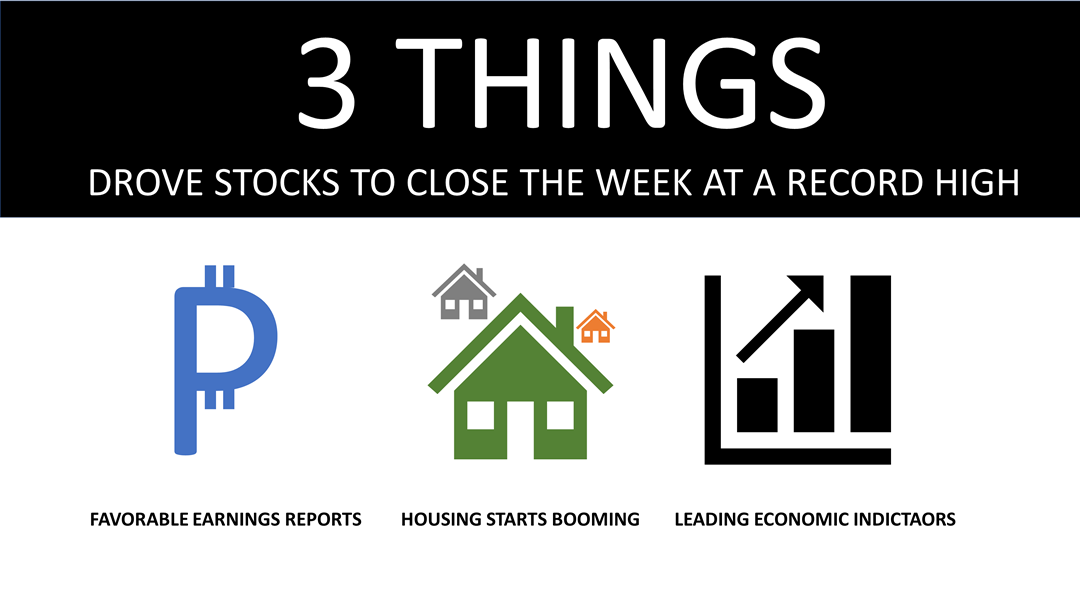 Positive reports on corporate earnings, housing starts, and the index of leading economic indicators (LEI) drove stocks to close the week at a record high. 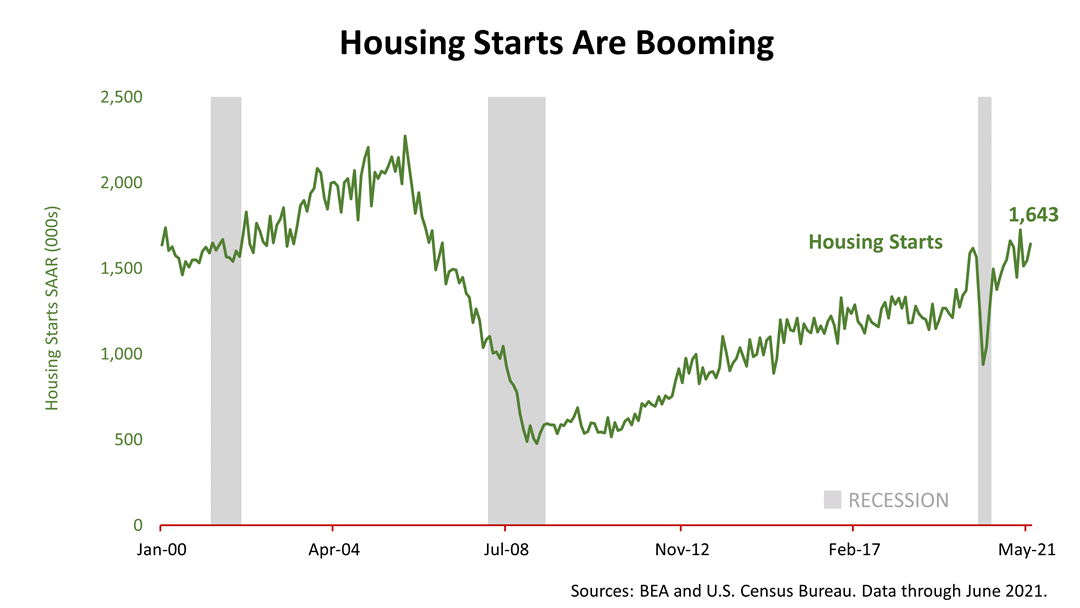 According to numerous academic studies, America needs to build about one million new single-family housing units to keep up with population growth but lagged from that level for five years, from 2008 until 2013. Since June 2020, housing starts have exceeded the one-million a year mark for a sustained period for the first time since 2007. Housing starts are important because they affect a broad range of services and products. 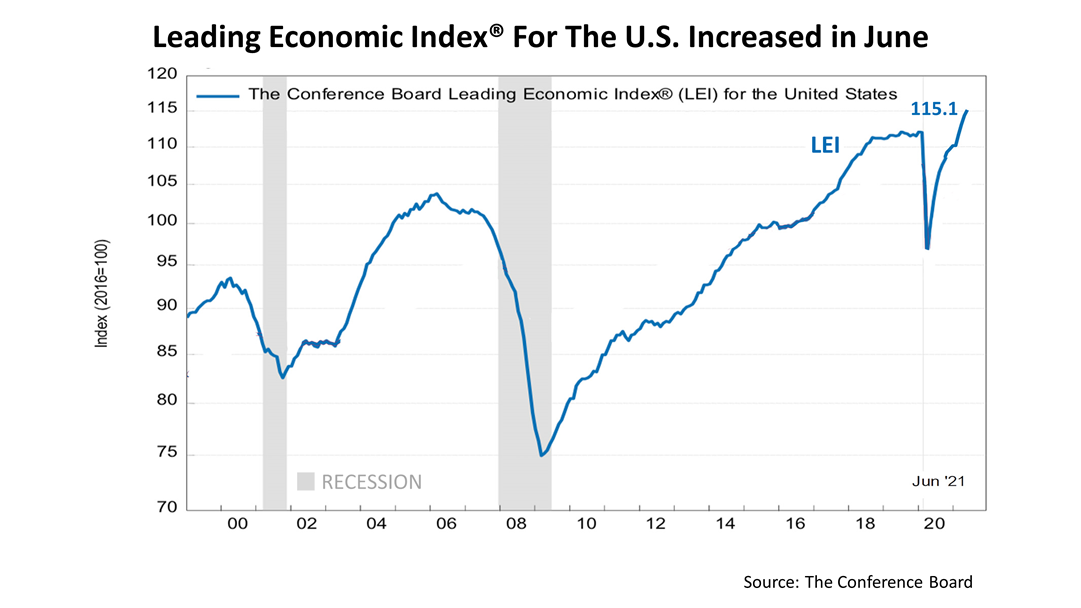 The LEI is comprised of 10 sub-indexes, making it an important indicator of what’s happening now in the economy. The LEI is higher than it was at the peak of the last economic expansion at the end of 2019. Keep in mind, the Delta variant is likely to dampen growth but the LEI is higher than it’s been over the past two decades – a very positive sign.

“June’s gain in the U.S. LEI was broad-based and, despite negative contributions from housing permits and average workweek, suggests that strong economic growth will continue in the near term,” said Ataman Ozyildirim, senior director of economic research at The Conference Board. “While month-over-month growth slowed somewhat in June, the LEI’s overall upward trend—which started with the end of the pandemic-induced recession in April 2020 — accelerated further in Q2. The Conference Board still forecasts year-over-year real GDP growth of +6.6% for 2021 and a healthy +3.8% for 2022.” 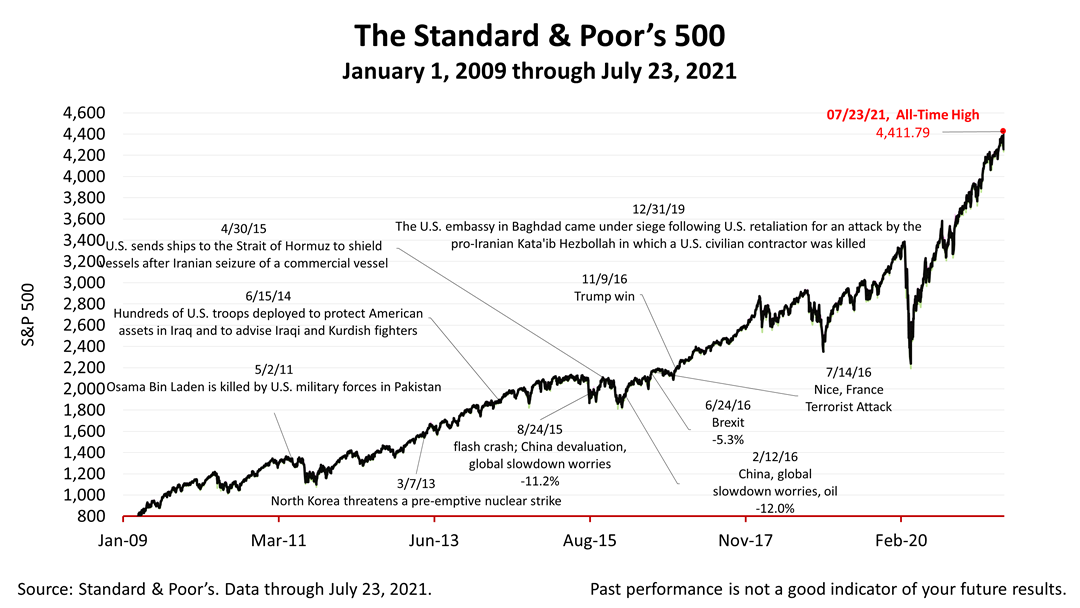 On Monday, the S&P 500 plunged 1.6% after bad numbers were released about Delta variant cases rising in states with low vaccination rates. The Delta variant and inflation remain the main known risks affecting stock prices. Despite the record highs, expect more volatility, up and down, as the nation works its way through this crisis.

A Full Spectrum Of Human Emotions Are Evoked By Fi...
You heard it From a CFP Episode 13: Markets and In...