Russia declared war on Ukraine on Thursday. Initially, the first war in Europe since World War II, sent stock prices plunging. For the second time in four weeks, the Standard & Poor’s 500 stock index declined by about -10% from its January 3rd all-time closing high. 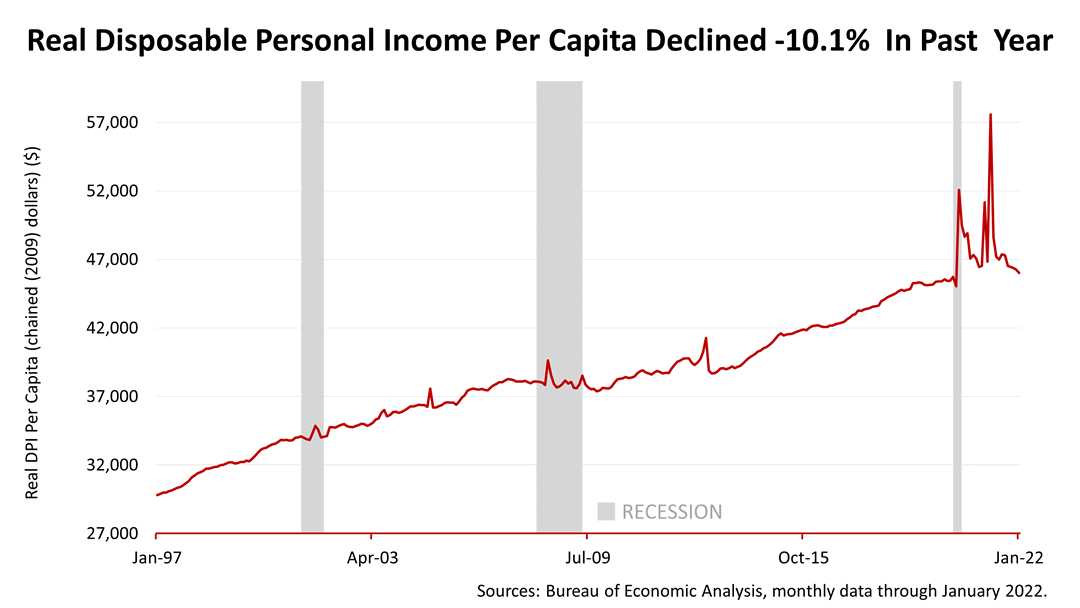 Meanwhile, in other news inflation worsened. Data released Friday showed the buying power of Americans shrank, with buying power eroded at the worst 12-month rate in about 40 years. Real disposable personal income per capita plunged -10.1% in the 12 months through January 31, 2022. 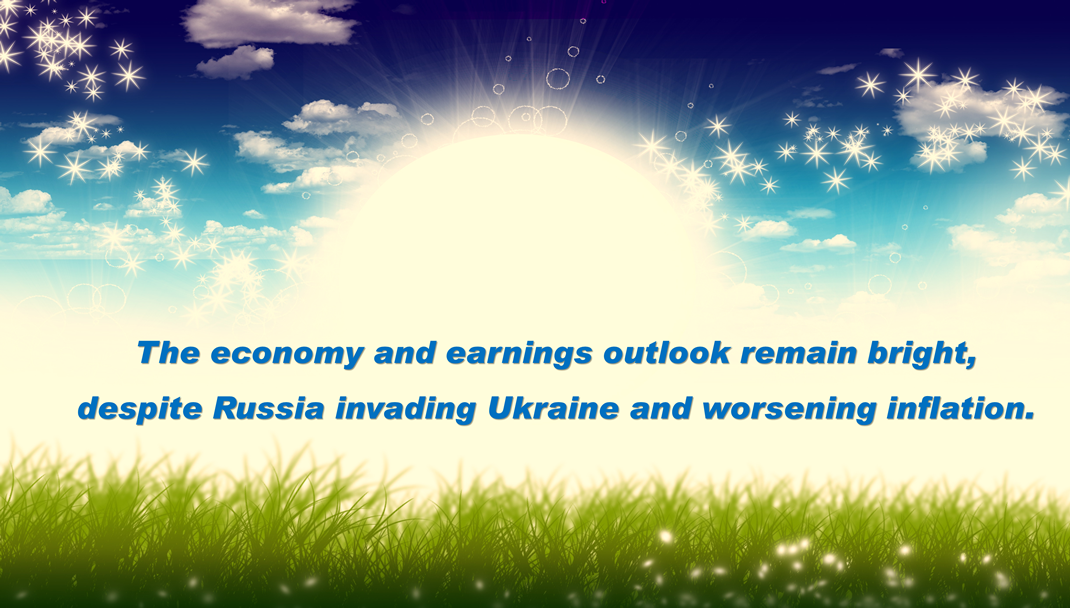 Despite the Russian invasion of Ukraine and worsening inflation numbers, the stock market closed Friday eight-tenths of 1% higher than a week ago.

Why? Because the economy and earnings outlook remains bright. Neither the Russian-Ukraine War nor the high inflation rate dim the forecast for the U.S. economy. 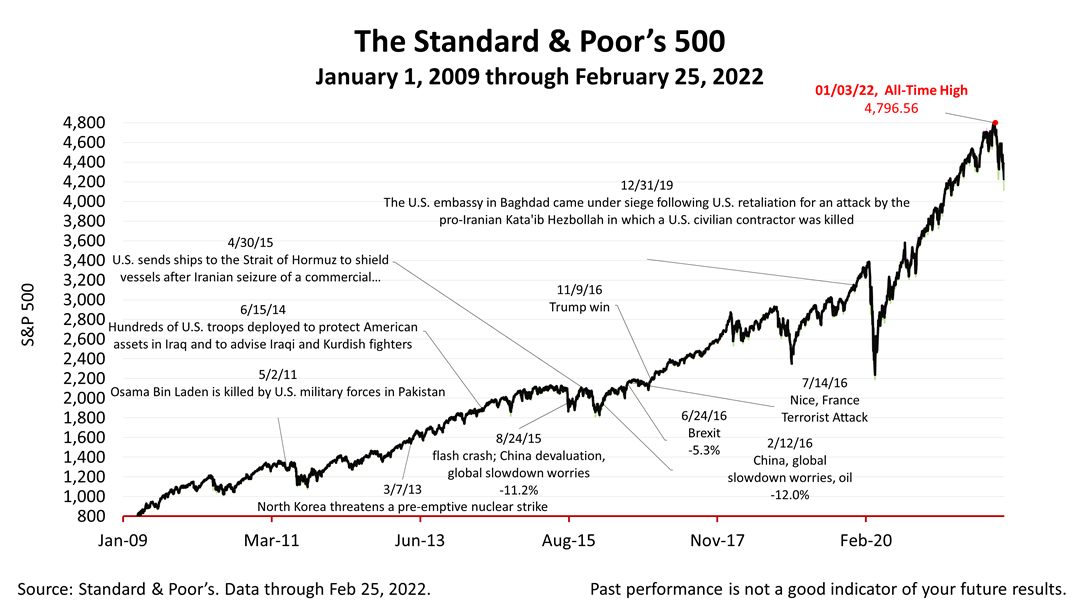