S&P 500 Rebounded Today After A Difficult Week And Month 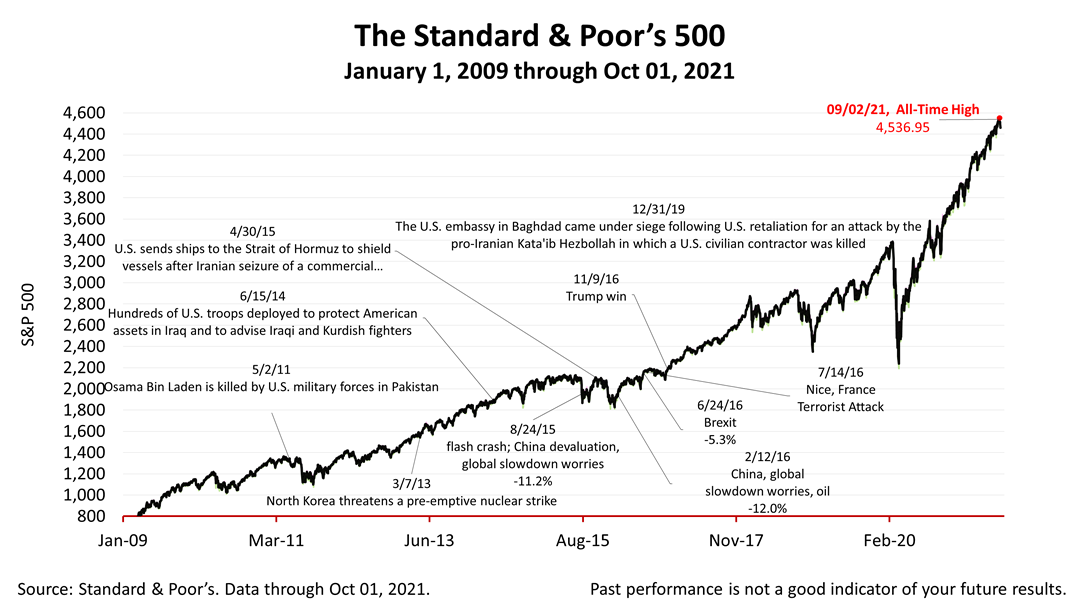 The Standard & Poor’s 500 stock index opened the final quarter of 2021 by gaining 1.15% today. For the week, the S&P 500 lost -2.3%, as the budget battle and infrastructure deal in Congress continued a September slump.

According to the Market Intelligence Desk at NASDAQ, September ranks as the worst-performing month for the S&P500 over the last 10- and 20-year periods, and it is the only month with negative average returns over both periods.  The S&P 500 lost -4.7% in September.

For the quarter, which ended Thursday, the S&P 500 eked out a gain of six-tenths of 1%.  Although the gain was fractional, it was the sixth consecutive quarter in which the S&P 500 showed a positive return since the 19.6% quarterly loss in the first quarter of 2020, when the Covid pandemic struck the U.S.

Tax Sensitive Investing Is Much More Important Now...
You Heard it from a CFP Episode 21: Rate of Return