Population trends of the United States versus other countries rarely make headlines in the financial press, but a population bust has been in the news this week.

According to a newly released Pew Research study of U.S. adults, 44% of non-parents ages 18 to 49 say it is “not too or not at all likely that they will have children someday,” an increase of seven percentage points from the 37% who said the same in a 2018 survey. That sounds frightening, but is it?

Pew also reported that, unchanged since 2018, 74% of adults younger than 50 who are already parents say they are “unlikely to have more kids”. To be clear, the same number of parents are not planning to have more children now versus pre-pandemic.

Moreover, though the pandemic may have caused a larger proportion of 18- to 49-year olds to say they are not too or not-at-all likely to have children someday, the larger demographic trend in the decades ahead is very positive for the United States compared to other global economic powers. Here’s why U.S. demographics are a highly favorable and influential factor in the forecast for U.S. equity investments for the long run.

The size of a nation’s labor force is one of the two factors in the equation for calculating an economy’s growth potential. Productivity growth plus growth in the working age population, combined, determine the growth potential of an economy. So, how will demographics boost the potential growth of the U.S. economy and U.S. equity investments in the years ahead? 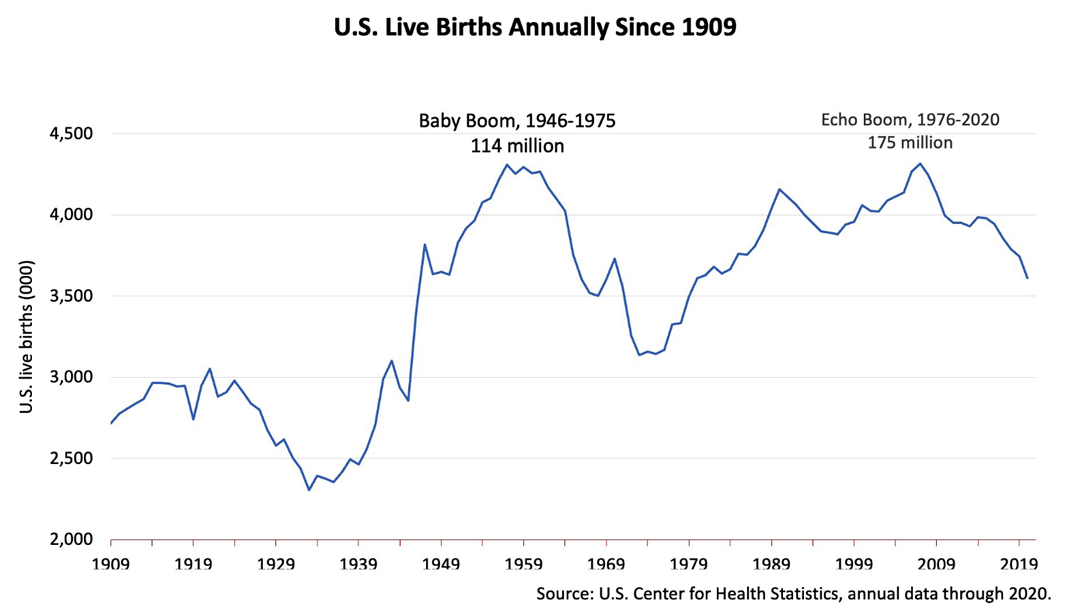 Here’s the answer: This chart shows the change in live births in the U.S. annually since 1909.  It tells us that the demographic story of the U.S. now is driven largely by these two peaks -- the Baby Boom, which started after World War II, and the Echo Boom, which started in 1976 and encompasses Gen X, Gen Y millennials, and Gen Z millennials. Since 2008, the story has been somewhat gloomy. Growth in the U.S. working-age population has been declining. But look at the long-term forecast.

While the proportion of 18- to 49-year-olds saying it is “not too or not-at-all likely that they will have children someday,” grew by seven percentage points, they are on the margins of a larger wave reverberating from the Baby Boom. 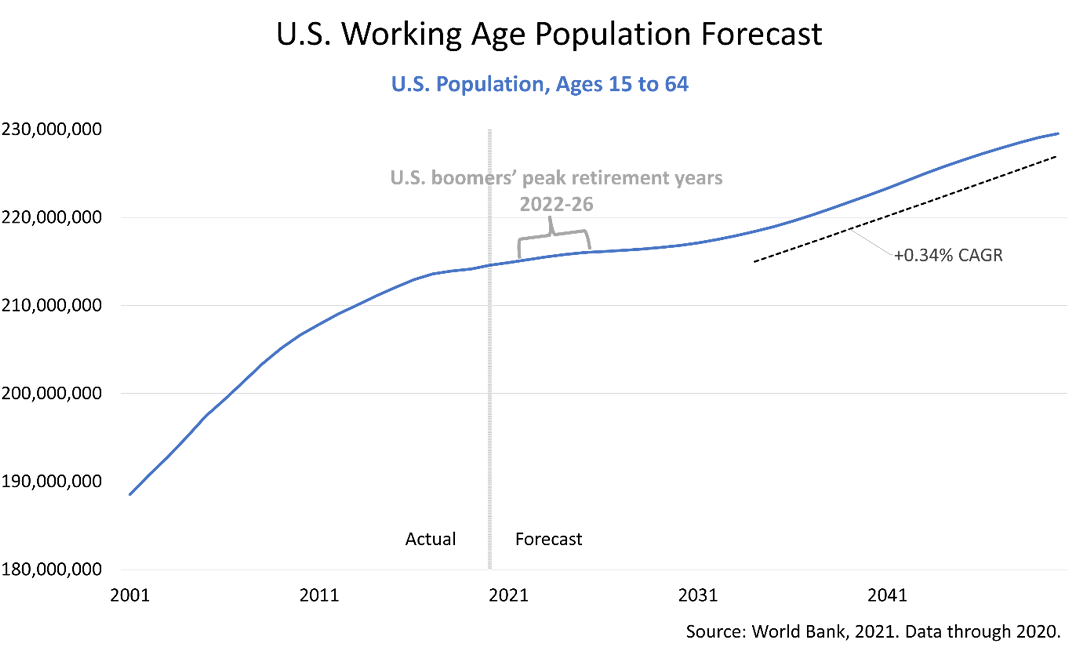 In the near-term, the number of baby boomers set to retire is peaking now through 2026. Then, growth of the labor force is expected to slow to a crawl through 2030. In the early 2030s, just a decade from now, the trend shifts and the U.S. workforce is expected to begin to grow again, and steadily at that, through 2050.

Despite the growing proportion of adults less likely to have children, according to Pew Research, investors should be mindful of the favorable demographics expected to swell the ranks of the working age population in the U.S. at the same time as other global economic powers will be experiencing slowdowns in the rate of growth of their workforces. 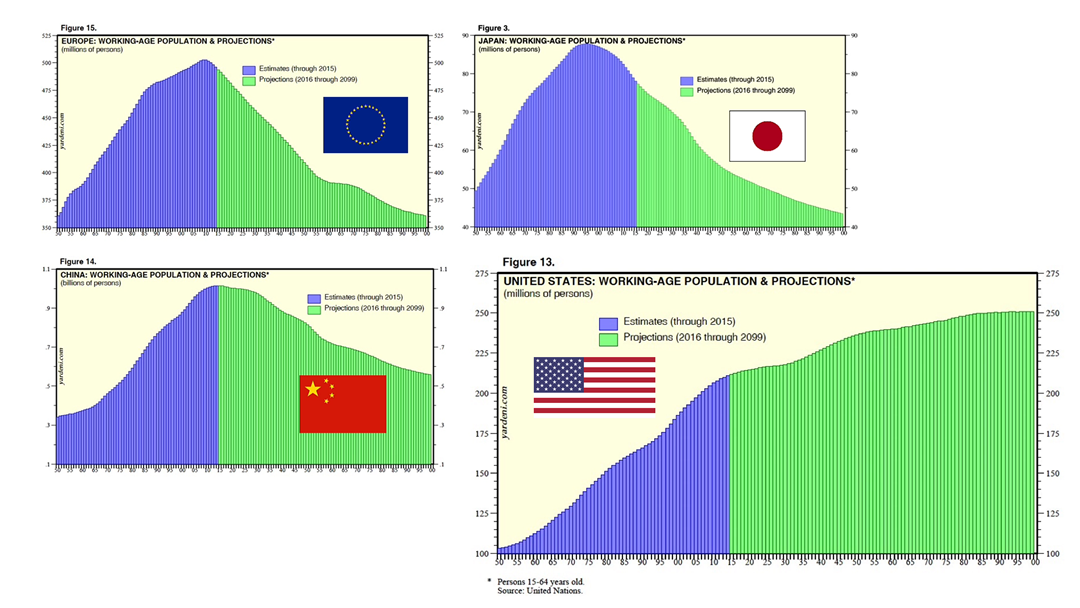 By comparison, the economic growth rate for the United States in the decades ahead is going to look attractive to investors globally, because the other major economies that compete for investment dollars-- Europe, China, and Japan – are all now in the throes of declines in the size of their working age population.

As a result, the U.S. is likely to remain an attractive investment destination for the foreseeable future. The U.S. is widely expected to continue to benefit from a continued inflow of capital from investors worldwide -- a portion of which undoubtedly can be expected to flow into the stock market. 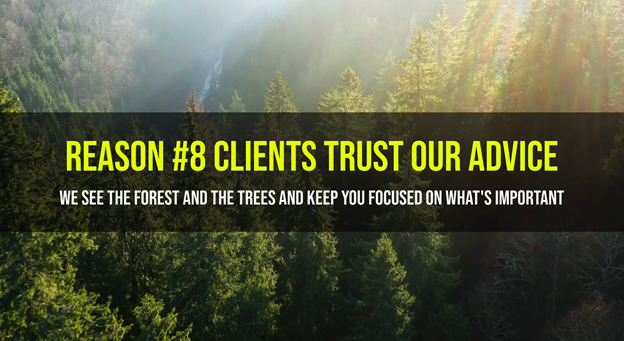 Math driving economic and investment growth is hard and is further complicated by the non-stop, 24/7, never-ending cycle of news and social media streaming to our smartphones. The information explosion, ironically, makes it easier to overlook the proverbial forest of evidence crucial to success of your investment plan.

Which highlights Reason No. 8 clients trust our firm’s advice:  We see the forest and the trees and keep you focused on what’s important.