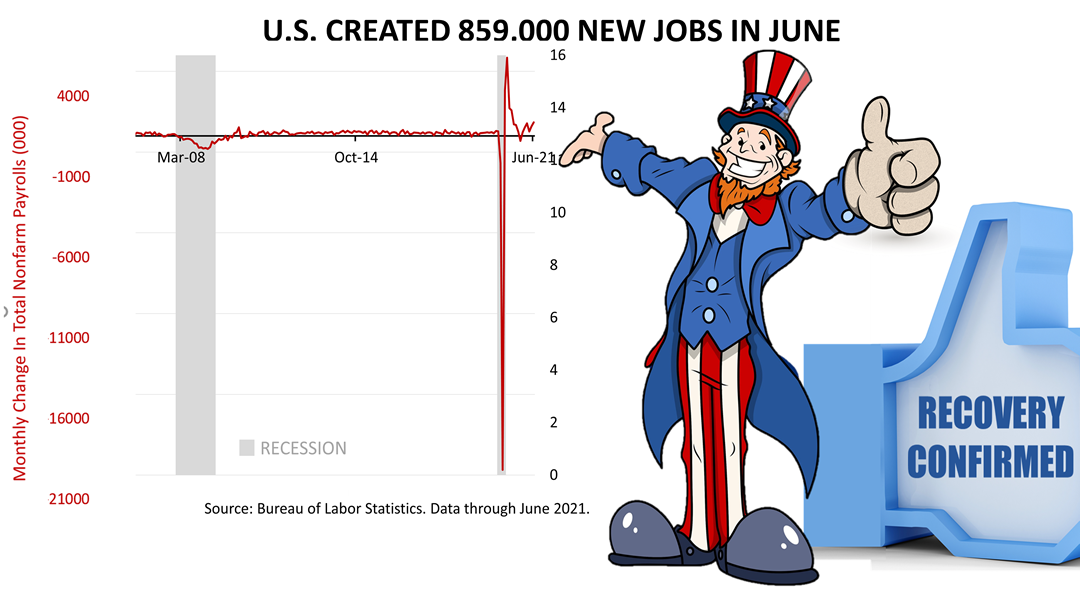 The U.S. created 850,000 new jobs in June, considerably more than the 680,000 expected and confirming the labor market recovery from the pandemic is progressing.

Historically, 95,000 new jobs per month are required to maintain a stable unemployment rate and keep up with population growth, and last month’s figure of 850,000 was the largest gain in 10 months. The economy lost about 21 million jobs in the pandemic. 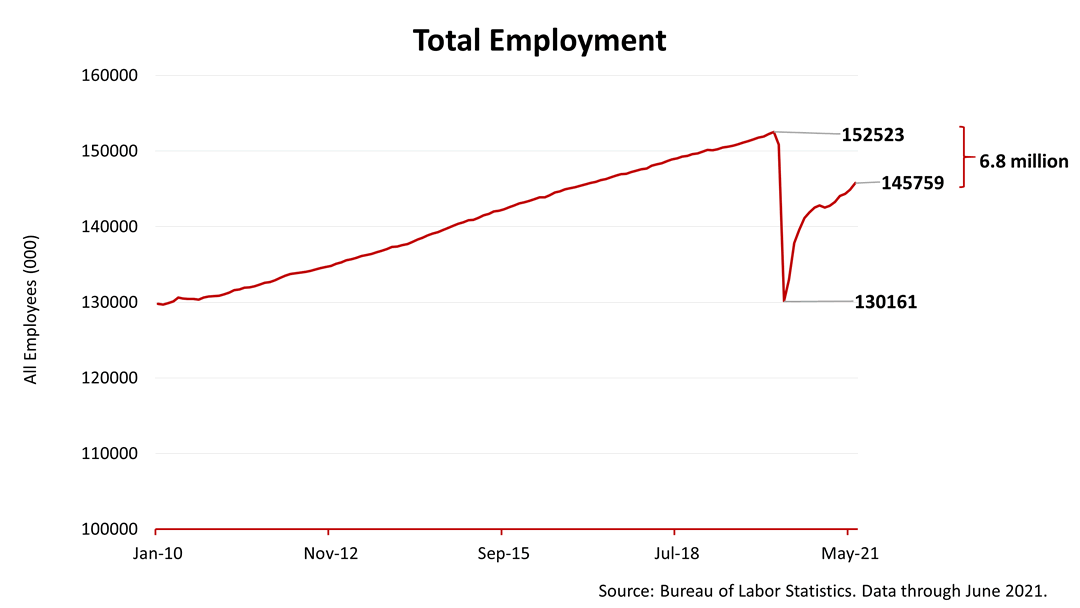 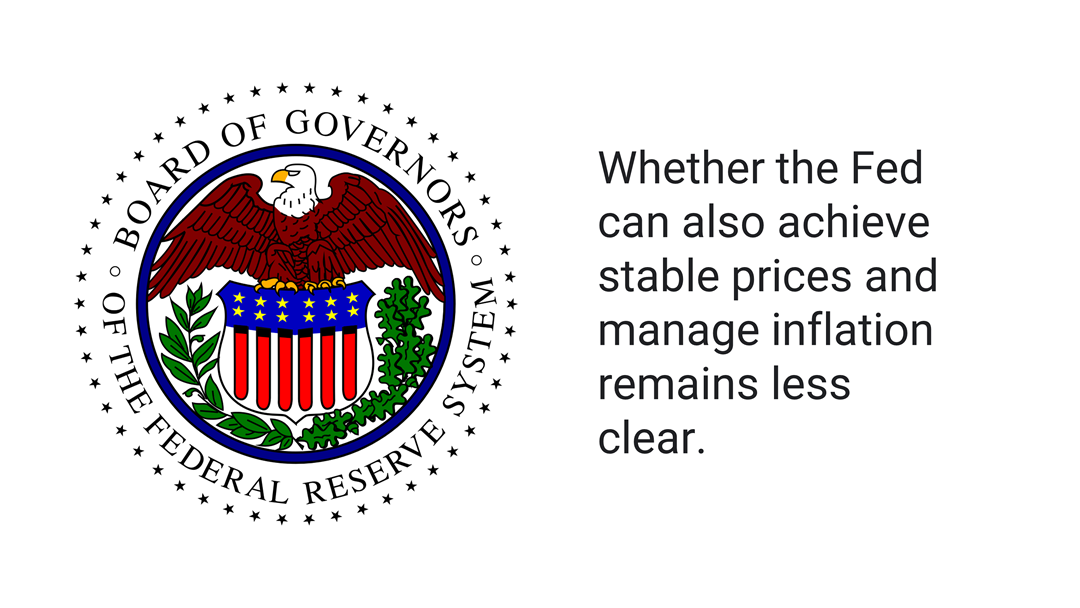 The U.S. Federal Reserve System, which is responsible for managing the nation’s financial health, has a dual mandate under law to achieve full employment and stable prices, meaning manage inflation. 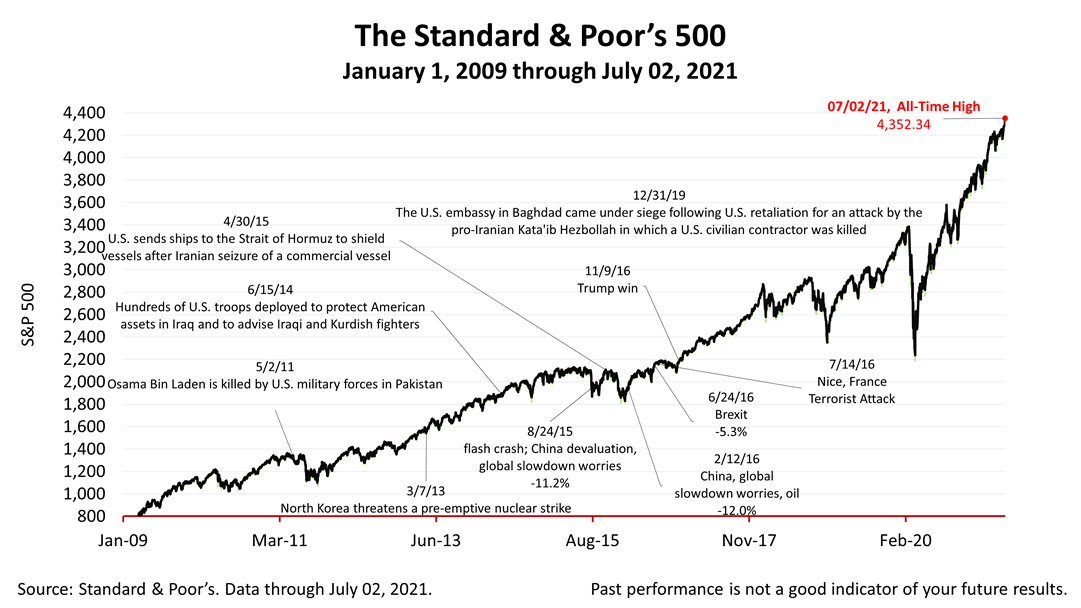 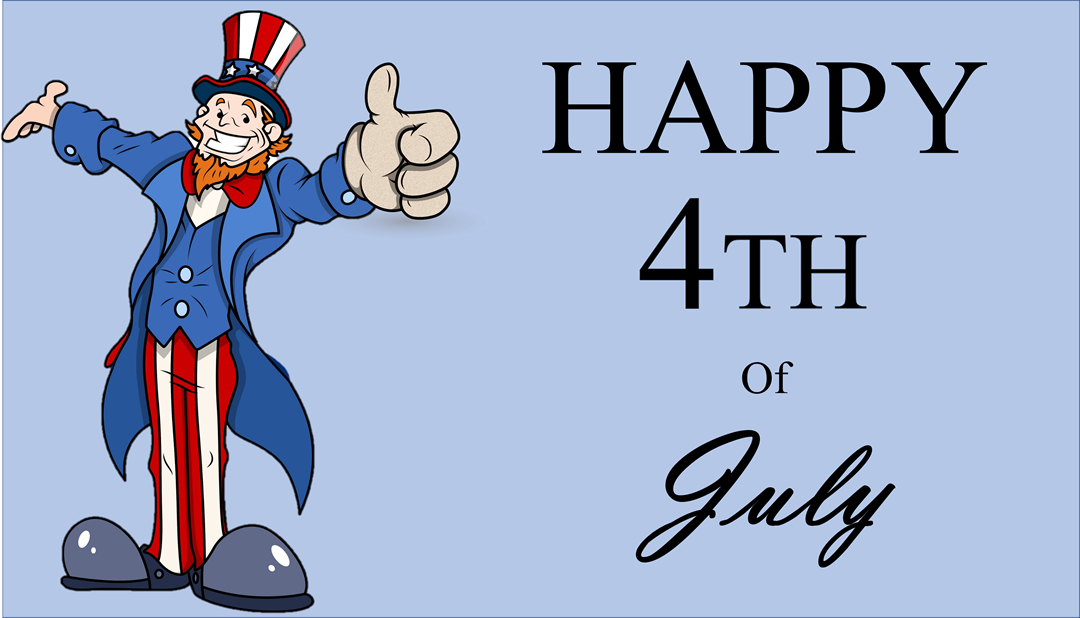 The S&P 500, a measure of the financial strength U.S., is up +64.18% from the March 23rd, 2020, bear-market low. While challenges, financial risks, and uncertainty may seem daunting, the U.S. continues to recover fast and strongly and there’s plenty to celebrate this July Fourth!

Strong Jobs Report Confirms Recovery
You heard it From a CFP Episode 10: The Markets