The Inflation Imperative Makes A Recession Likely, But It’s A Sign Of Progress

The Federal Reserve System, the nation’s central bank has a dual mandate to pursue maximum employment and maintain price stability. These two priorities are currently treated equally, but this was not always the case. In fact, the Fed’s bias toward maximum employment in the late 1960s and 1970s was a critical driver of the Great Inflation.

Recognizing the need to balance price stability and maximum employment, in 1977, Congress amended the Federal Reserve Act, directing the Fed to "maintain long run growth of the monetary and credit aggregates commensurate with the economy's long run potential to increase production, so as to promote effectively the goals of maximum employment, stable prices and moderate long-term interest rates.” The 1977 revision of the Act was important, as it provided Chairman Paul Volcker with clear direction to end the Great Inflation. It also explains why the Fed must act decisively to reverse the persistent inflation that Americans are experiencing in the aftermath of the COVID pandemic.

Why is the Fed mandate spelled out in the updated version of the Federal Reserve Act? Because inflation weakens economies and, if allowed to persist, can even destabilize nations. The effects of inflation are especially insidious because inflation is a source of societal ills. Americans learned this painful lesson during the stagflation years of the 1970s, and our more distant ancestors suffered a similar experience after the end of World War I and the Great Influenza. 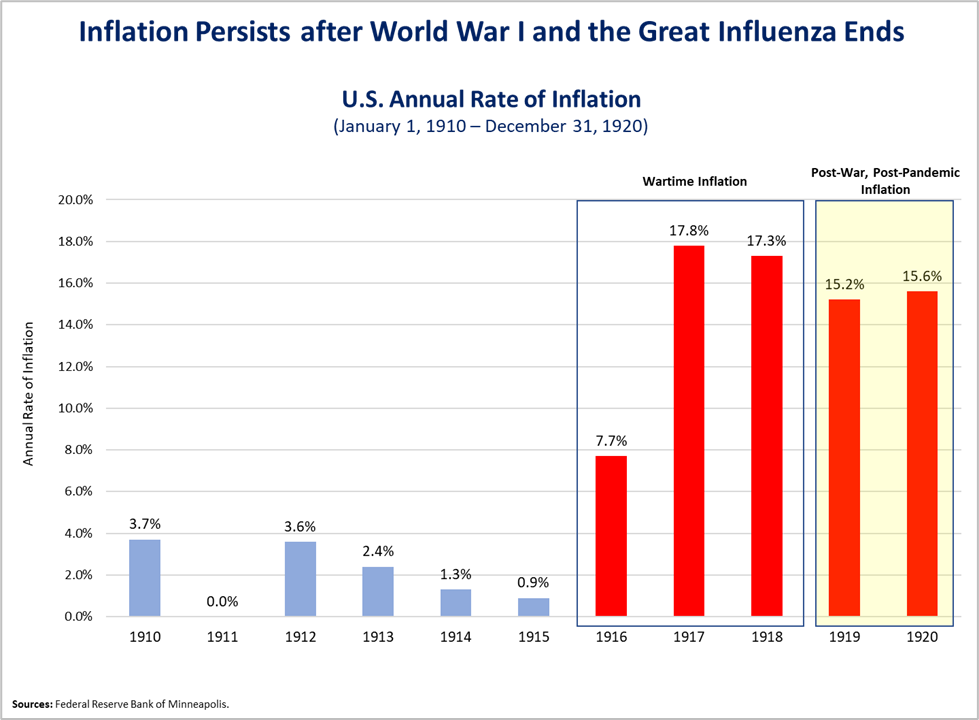 As illustrated above, inflation averaged more than 15% per year in 1919 and 1920. During these years, wages at many companies failed to keep pace with inflation, and labor strikes swept the nation. In some cases, strikes became violent. The picture below shows mounted state police during the Pennsylvania steel strike of 1919. Federal government inaction gave state and local authorities and the steel companies room to maneuver. On September 23, 1919, according to newspaper accounts, Pennsylvania state police clubbed picketers, dragged strikers from their homes and jailed thousands. 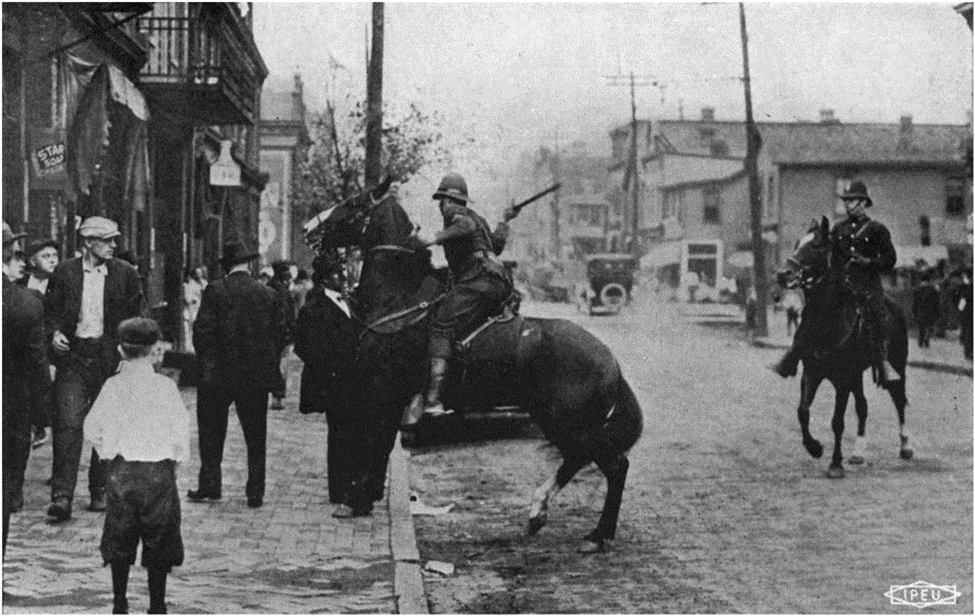 Strikes and civil unrest, increased after the end of World War I and the Great Influenza in late 1918, and the inflation rate of more than 15% was a critical causal factor. Although the 8.2% inflation rate that we are experiencing today is much less than the inflation rate in 1919, it is still dangerous. Moreover, the painful experience of the Great Inflation in the late 1960s and 1970s taught policymakers that it is critical to stop high inflation before it becomes entrenched in the American psyche.

The lessons of past inflation crises inspired the Congress to clarify the Fed’s mandate in 1977, making it clear that maximum employment and price stability should be treated equally.  In October 2022, inflation is clearly the greater danger, which means the Fed will continue to tighten monetary policy until inflation returns to its 2% target. This makes it highly likely that a recession is imminent, but such pain is necessary to ensure long-term economic prosperity.

Mark J. Higgins, a financial historian, contributed to this article. His full financial history of the U.S., The Enlightened Investor (Greenleaf Book Group), is expected to arrive in bookstores and online in Fall 2023.