The Week's Financial News: Crosscurrents In The Economy 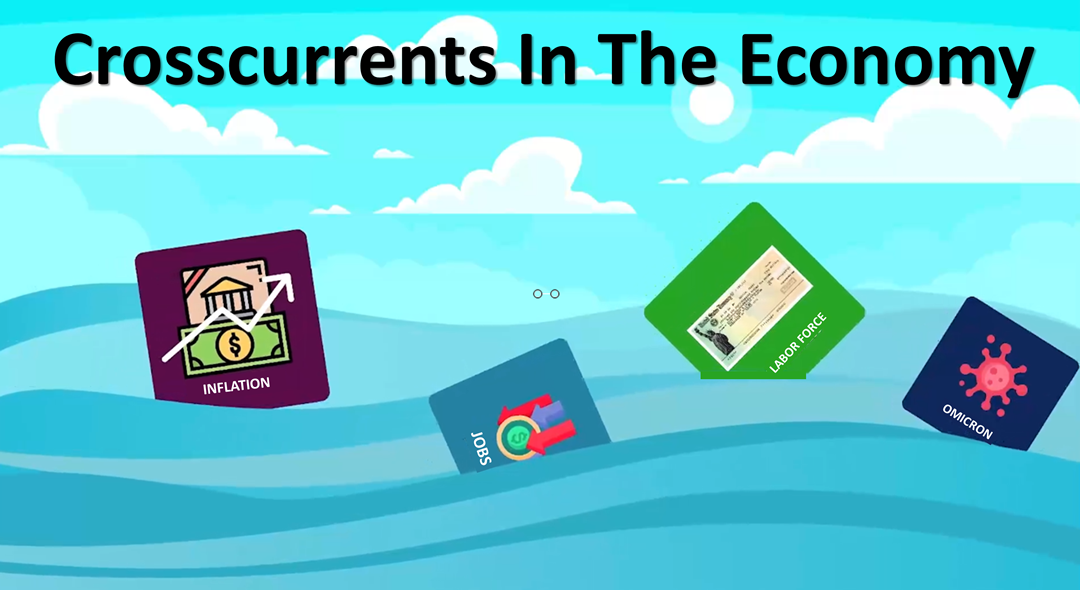 The stock market closed lower for the second consecutive week, amid concerns about the Omicron variant and a bad jobs reports. However, key economic fundamentals are booming, and the Standard & Poor’s 500 stock index is less than 4% from its all-time closing high set on November 18. 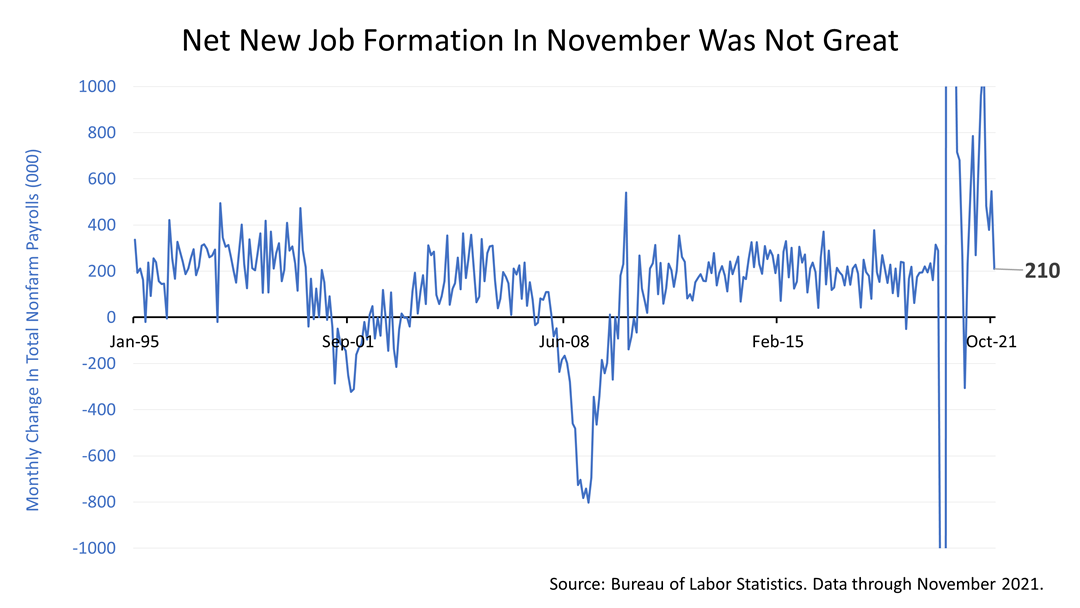 Friday morning at 8 a.m., the U.S. Bureau of Labor Statistics announced that 210,000 net new jobs were created in November, much less than the 530,000 that had been expected. The U.S. needs to create about 100,000 more new jobs than it loses every month to keep up with the expected growth rate of the population. In that context, the 210,000 appears strong, but the labor market just lost more than 20 million jobs at the lowest point of the pandemic. 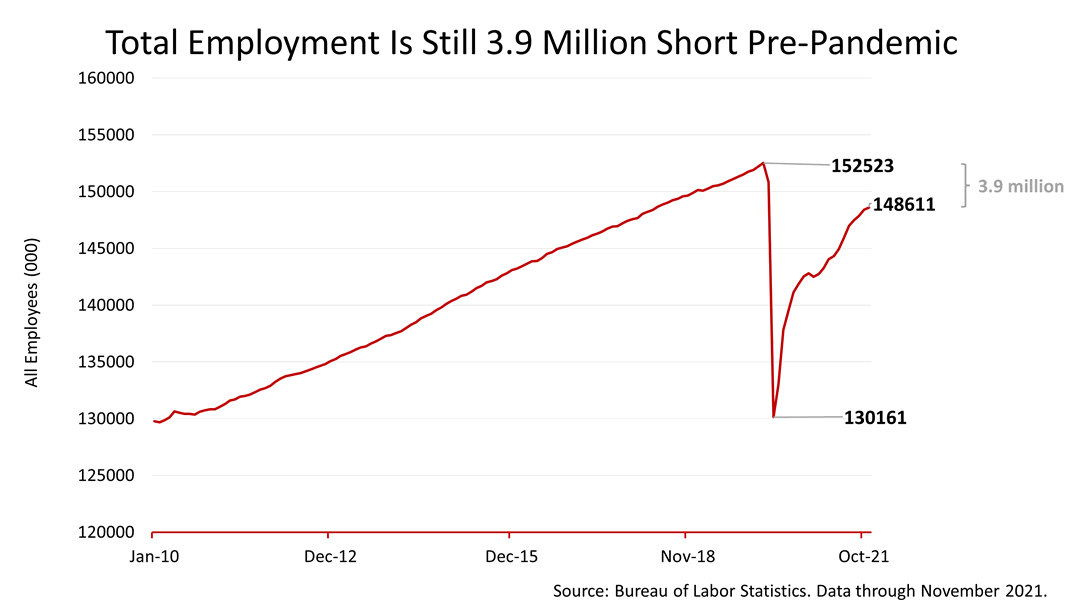 The number of employees is 3.9 million lower than before the pandemic. The labor force is smaller. Fewer employees mean less wages and, thus, lower consumer spending and slower growth of the U.S. 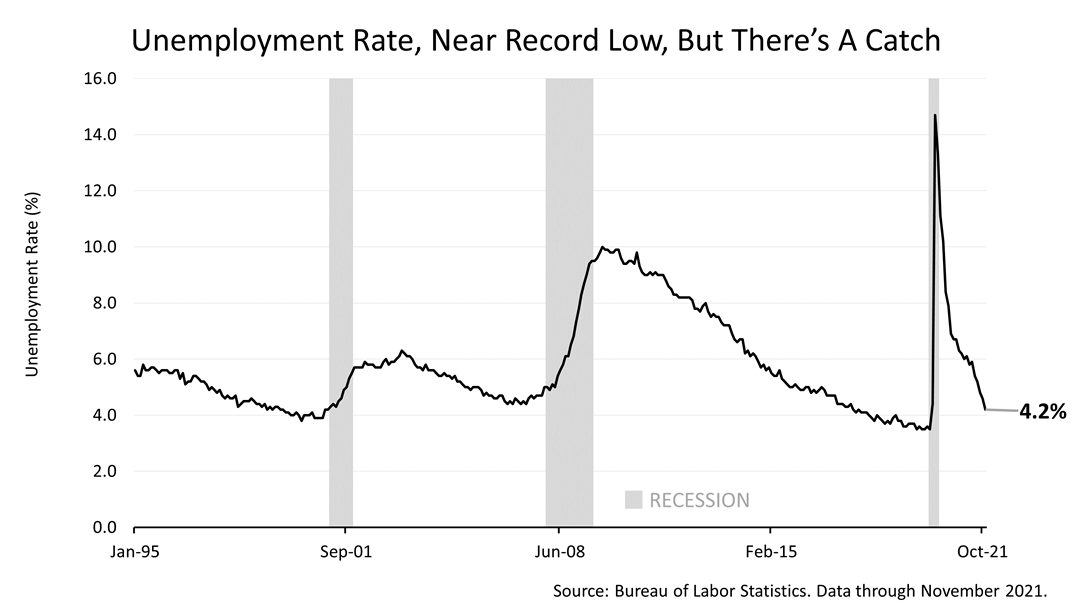 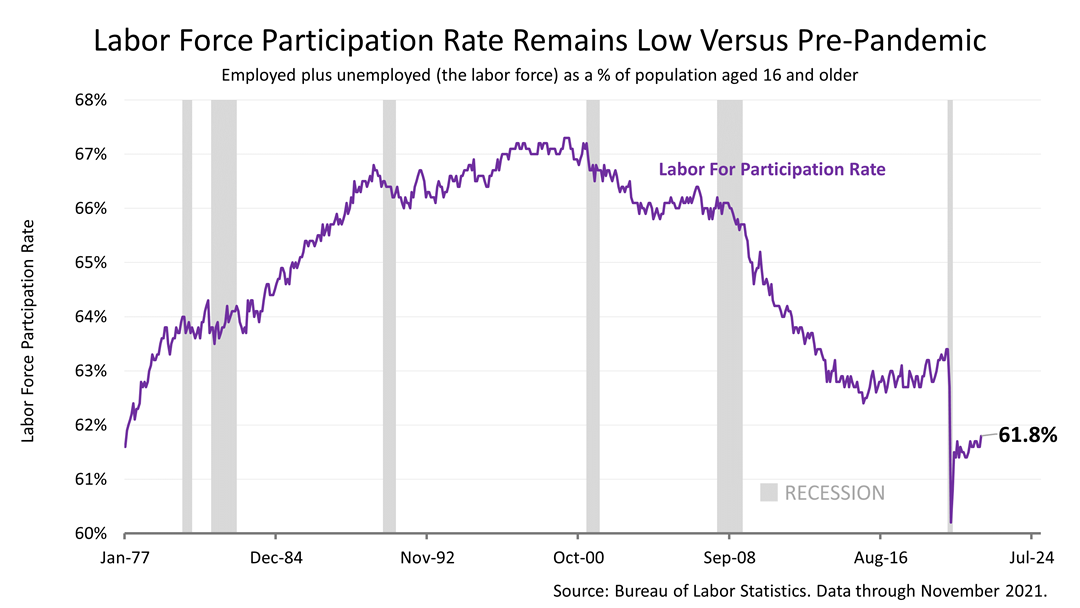 At 61.8%, November’s rise in the employment participation rate was welcomed news. However, even after November’s move higher,  labor force participation is still significantly lags the pre-pandemic rate.  Why?

The cause of  the lower LFPR is widely ascribed to a rise in the number of individuals choosing to retire and a “Great Resignation” of individuals who reassessed their life goals and financial objectives after the outbreak of the pandemic. 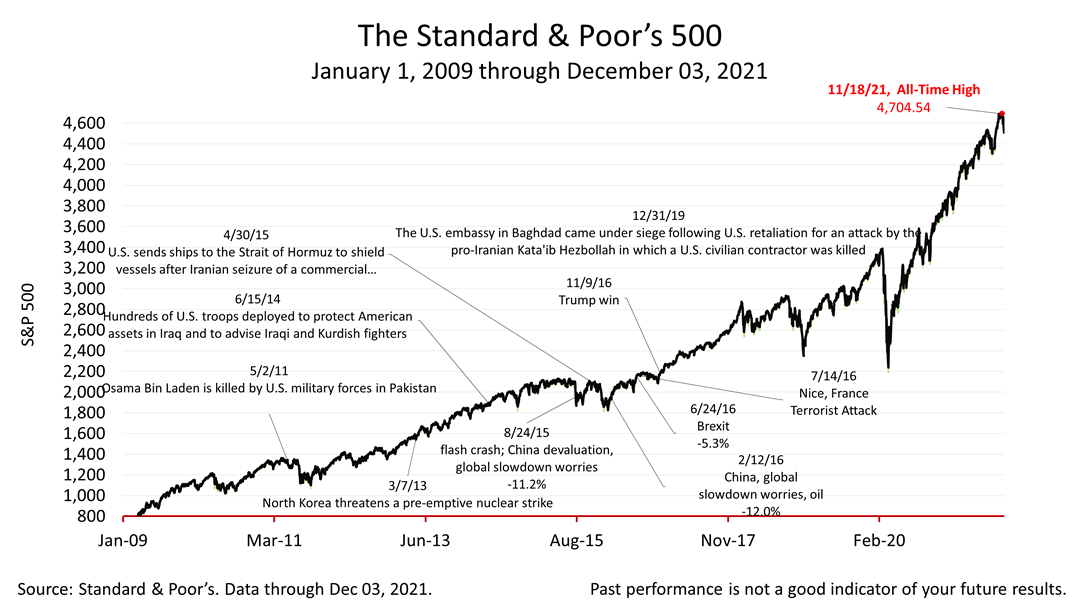