Advanced Capital Group
Individual Wealth Management
Retail sales climbed by +8.8% in the 12 months through June, according to the release Friday at 8:30 a.m., by the Census Bureau. The news brightened the near-term economic outlook, and it sparked a +1.9% one-day surge in stock prices. The sharp rally in stocks followed Wednesday’s worse-than-expected inflation release showing the Consumer Price Index (CPI) soared +9.1% in the same 12-month period through June. To be clear, the +8.8% retail sale..
Continue reading

You Heard it From a CFP #51: Was That Peak Inflation? 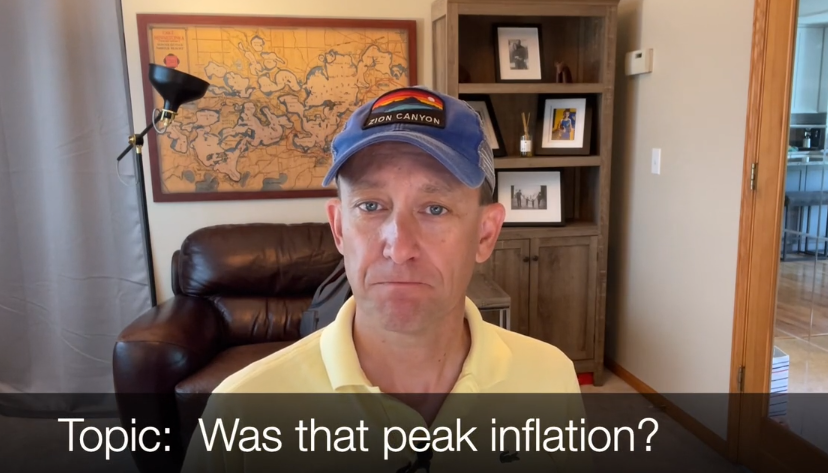 Mat explores the markets and inflation in episode 51. Have we seen peak inflation for 2022? The data is lining up!  ..
Continue reading

Estate Planning For The 99.5% Of Americans

Advanced Capital Group
Retirement Plans/Financial Wellness
In 2017, the Tax Cuts & Jobs Act of 2018 (TCJA) effectively repealed estate tax by doubling the amount of wealth that could be transferred tax exempt from $5.5 to $11.2 million. In 2022, lifetime and post-mortem gifts of $12.06 million are exempt from taxation. Allowing joint filers (read: couples) to pass $25 million to their heirs tax-free redefined the rules of estate planning not only for the top one-half of 1% of taxpayers, it also rewro..
Continue reading

Patrick Larson
Fixed Income Asset Management
The second quarter of 2022 saw bond yields climb even further, as persistent signs of inflation climbed and it became clear that the Fed was behind in their efforts to contain inflationary pressures.  Coupled with an excruciatingly tight labor market, May’s CPI release came in at 8.6%, a 40-year high.  Moreover, the Fed seemed to have lost some credibility because according to the University of Michigan index of inflation expectations for the..
Continue reading

Advanced Capital Group
Individual Wealth Management
The U.S. economy added 372,000 new jobs in June, easing fears of a recession. Strong job creation makes a three-quarter of 1% rate hike likely on July 27, when the Federal Reserve releases its next policy statement. The Wednesday, July 13, 8:30 a.m. ET, Consumer Price Index (CPI) release is the next important economic indicator to watch. If the pace of inflation eases, as measured by the CPI, then a “soft landing” could still be possible, and..
Continue reading

Advanced Capital Group
Retirement Plans/Financial Wellness
In 2022, the lifetime exemption from gift and estate tax is $12.06 million. Under current law, which is  unlikely to be changed in Congress, the exemption rises annually through 2025 based on the inflation rate. With inflation in the first half of 2022 soaring at an annual rate of 8.6%, the exemption from estate and gift taxes will be about $12,180,000 in 2023. After 2022, inflation is expected to revert to its historical norm of 3%, so an e..
Continue reading 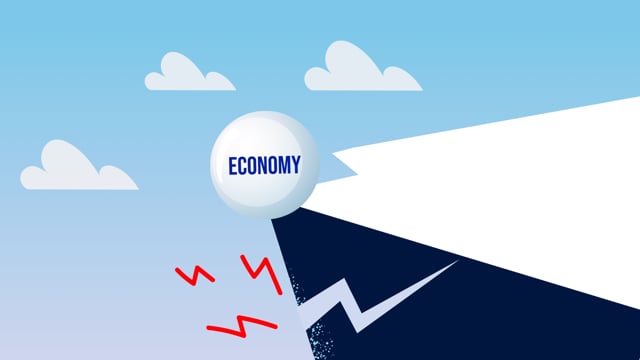 With the economy teetering on the edge of a recession, a lot’s riding on release of the Consumer Price Index on July 13th...
Continue reading

You Heard it From a CFP #50: A Most Unloved Asset 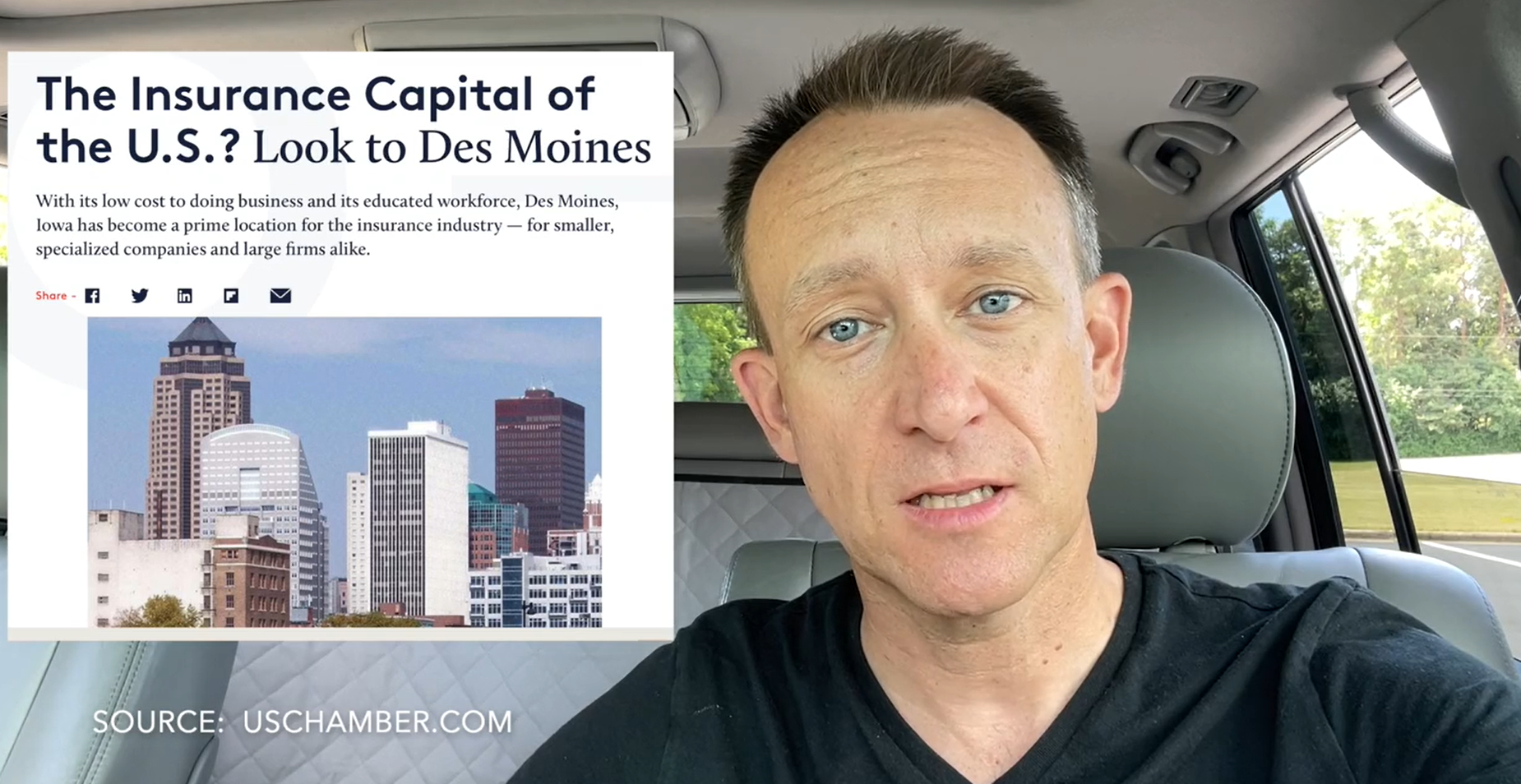 Why cash value life insurance should have a permanent place in your assets...
Continue reading

Advanced Capital Group
Individual Wealth Management
Bad news on the economy and stock market seem to be mounting, which may be a good sign. Here’s the bad and good news a long-term investor needs to know.   The second quarter ended on Thursday, June 30, 2022, with the Standard & Poor’s losing -16.5% in the three-month period. It was the worst quarter since the onset of the pandemic in the first quarter of 2020, when stocks plunged -19.6%. The first-half of 2022 was the worst six-..
Continue reading

Advanced Capital Group
Retirement Plans/Financial Wellness
Bear markets in stocks tend to bring out investment deals and scams preying on fear. With the bear market becoming official on June 13, when the Standard &Poor’s 500 index closed more than -20% lower than its January 3 all-time high close of 4,796.56, please be aware that investment pitches and outright scams that prey on fear become more believable in bear markets. In an exuberant bull market in stocks, speculative investments are more eas..
Continue reading

Four Signals A Recession Would Be Short And Shallow 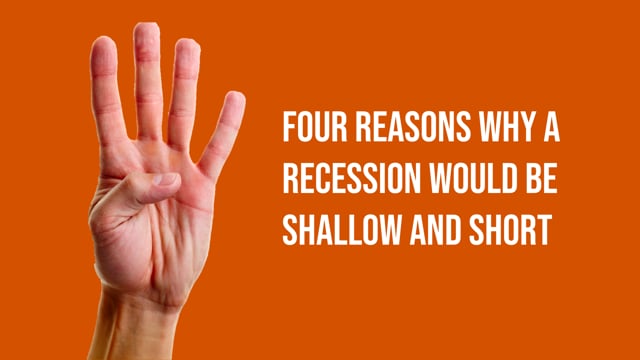 We’ll know if the U.S. is in a recession at 8:30 a.m. on July 28th, when gross domestic product for the second quarter is released...
Continue reading

Advanced Capital Group
Individual Wealth Management
As data on U.S. economic growth for the second quarter trickles in over the next month, signs that a recession is already under way may emerge. The economy is on the cusp of a recession. The economy shrunk by -1.5% in the first quarter of 2022 and the second quarter could be negative and, thus, begin a recession officially. However, some very key fundamentals remain positive and indicate a recession could be short and shallow. State are flush wit..
Continue reading

You Heard it From a CFP #49: High Net Worth Investors Part 3 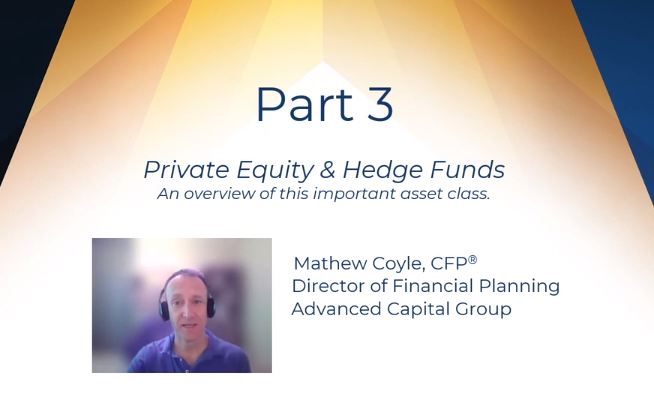 What Happens With Your Assets When You Die?

Advanced Capital Group
Retirement Plans/Financial Wellness
Since a 1965 book by financial planner Norman Dacey popularized avoiding probate, the strategy has become ingrained in the American financial psyche, and the U.S. financial system has accommodated consumers by making it easy to set up IRAs and other brokerage accounts to avoid probate. Now, with the first generation of Americans who set themselves up to avoid probate starting to die, the quiet evolution toward avoiding probate has suddenly create..
Continue reading 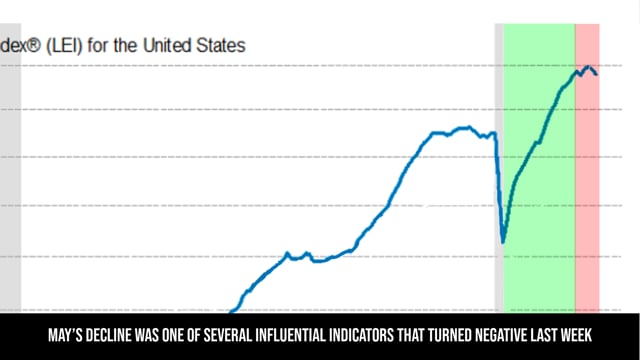 The Federal Reserve is still predicting a recession will be averted but the newly released economic data have darkened the forecast...
Continue reading

Odds Of A Soft Landing Shrunk After Friday's News

Advanced Capital Group
Individual Wealth Management
In an ominous sign a recession is on the way, the U.S. Index of Leading Economic Indicators ticked down four-tenths of 1% in May, following a decline of four-tenths of 1% in April.   The LEI has a history of rolling over definitively before every recession since 1950, except for the Covid-19 recession. Comprised of 10 indexes, the LEI is a reliable forward-looking indicator of the foreseeable future. The LEI was doing just fine until Ap..
Continue reading 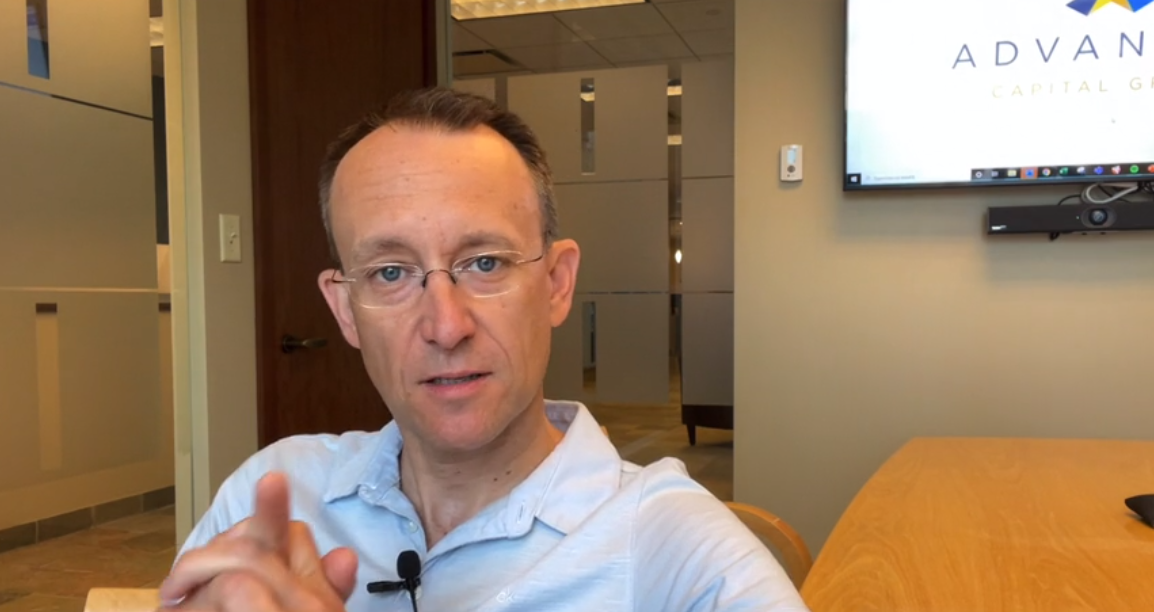 Mat discusses the pros and cons of rolling your retirement plan into an IRA...
Continue reading

Now’s The Time Position Yourself For the Next Economic Expansion 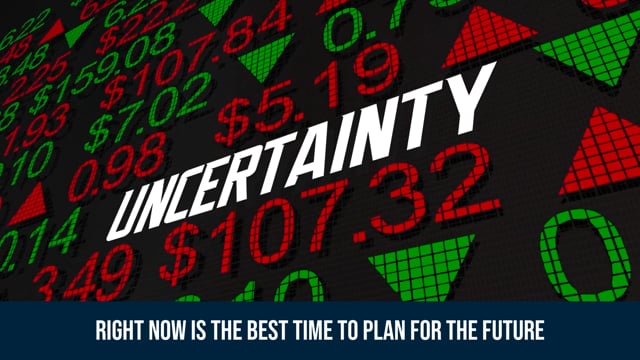 A bear market in stocks just began and the newly released inflation figures showed that the Federal Reserve’s plan to slow inflation in May had failed...
Continue reading

The Worst Of The Bear Market Is Over, Says Poll Of Professional Wealth Advisors

Advanced Capital Group
Retirement Plans/Financial Wellness
Nearly half of professionals say the bear market would bottom after sustaining a loss of -25% -- a mere three percentage point loss from yesterday’s closing price. Another 34% of practitioners say the S&P 500 loss would bottom at a loss of 30% before a new bull market begins.  The poll was conducted Tuesday, June 14 at 5 p.m. EDT, at a financial economics class attended by more than 200 professionals. More than half of the advisors att..
Continue reading

Advanced Capital Group
Individual Wealth Management
The inflation crisis of 2022 grew more fearsome with Friday’s release by the U.S. Bureau of Labor Statistics of a worse-than-expected consumer price index (CPI) report. For the 12 months through May 2022, CPI shot +8.6% higher, the highest rate since the inflation crisis of the late 1970s and early 1980s.  Higher gas prices are the main factor. Meanwhile, other threats to U.S. economic growth linger, including the war in Ukraine, supply ch..
Continue reading
Previous     Next
1 2 3 4 5 6 7 8 9 10