Advanced Capital Group
Individual Wealth Management
The investment outlook is clouded by surging inflation. Will inflation revert to its tame rate, as the Federal Reserve expects? By early 2022, the Federal Reserve Bank’s forecast of inflation will be coming true or not.  Until then, U.S. stock prices could be highly volatile as speculators and investors with near-term cash needs cash in or out of the stock market.     Despite the Covid economic recession, disposable per..
Continue reading

Tax Alert For High-Income And High Net Worth Individuals

Advanced Capital Group
Retirement Plans/Financial Wellness
The political standoff in Washington, D.C., has complicated tax planning enormously. No one knows exactly how it will shake out but what we do know is that there are four possibilities to be prepared for. 1. The estate tax exemption is expected to be slashed dramatically, from $11.6 million, to $3.5 million per person, most likely. In addition, the estate tax rate could be stiffened. 2. Capital gain taxes could be hiked in a couple of ways. The c..
Continue reading

What The Political Standoff In D.C. Means To Your Financial Plan 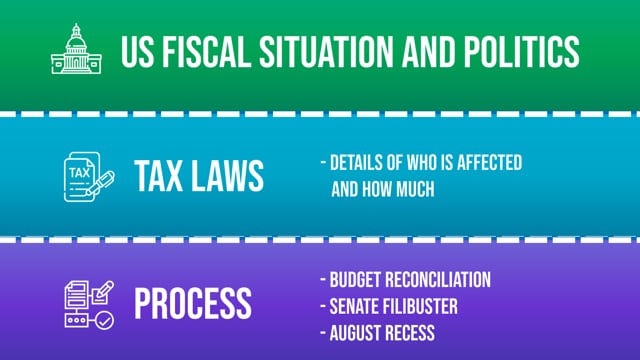 Despite Strong Economic News, Stocks Dropped This Past Week

Advanced Capital Group
Individual Wealth Management
Stock market speculators and other “hot money” investors were unhappy last week and stocks dropped sharply but the economic news gave long-term investors plenty to smile about. Economic data released this week gave investors something to smile about, but stocks still dropped sharply. Economic data released this week was great: Retail sales dropped slightly in May but remains astronomically high.  Housing starts in May were up slightly in..
Continue reading

Advanced Capital Group
Retirement Plans/Financial Wellness
Five years ago in financial economic history, the situation was a lot like today.  The stock market was fully valued by traditional measures, making stocks more susceptible to a correction, but the economy was accelerating.  Five years ago, the stock market looked risky. Stocks had gained 77% in 2012, 2013 and 2014, before taking a breather in 2015 and 2016.  Stock valuations had climbed sharply from their lows in The Great Recessi..
Continue reading

The Big Story For Investors For The Rest of 2021 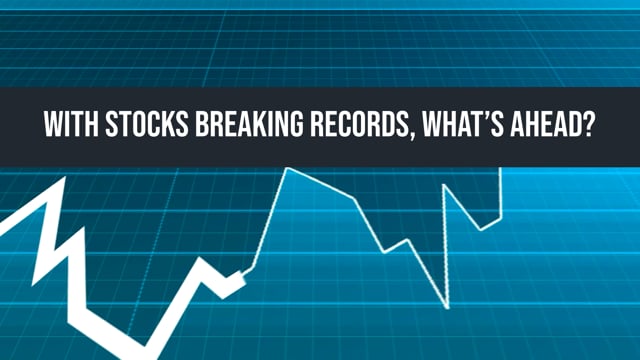 With the Standard & Poor’s 500 stock index breaking record highs lately, what do you expect from stocks for the rest of 2021?..
Continue reading

You Heard it from a CFP Episode 8: Leasing a Car

Stocks Closed At A Record High; What's Expected For The Rest of 2021?

Advanced Capital Group
Individual Wealth Management
The Standard & Poor’s 500 stock index closed at a record high 4247.44 today. Which begs the question: What do you expect from stocks for the rest of 2021? Here are three scenarios for how the rest of 2021 could look, as inflation uncertainty grows and a booming expansion is about to begin.  To understand the current financial economic situation, picture Americans sitting on a mountain of cash. As a matter of fact, the cash was financed..
Continue reading 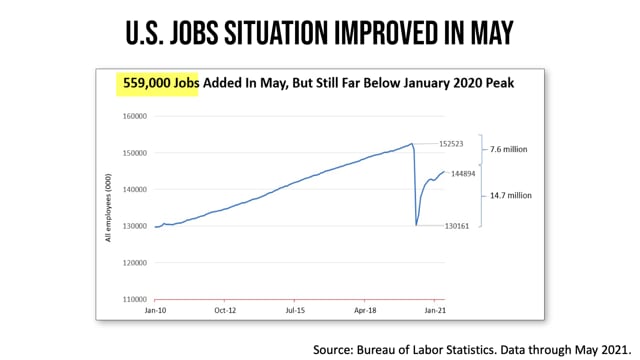 May’s employment situation report confirms that the recovery is on track...
Continue reading

Advanced Capital Group
Retirement Plans/Financial Wellness
For the past decade, monetary easing measures implemented by the U.S. Federal Reserve expanded the monetary base but not the money supply. The surge in money supply, aka M2, is a major financial change currently unfolding now.    M2, currency held by the public, plus checking, savings and money market accounts, skyrocketed like never before following the $5.5 trillion unprecedented US stimulus and aid payments in response to the pandemi..
Continue reading

Advanced Capital Group
Individual Wealth Management
Today’s jobs situation report confirmed the recovery is on track and stocks closed a fraction from their all-time high.   Total nonfarm payroll employment rose by 559,000 in May, and the unemployment rate declined three-tenths of 1% to 5.8%, the U.S. Bureau of Labor Statistics reported today.  In May, the number of unemployed persons fell by 496,000 to 9.3 million. The unemployment rate and the number of unemployed are consi..
Continue reading

Advanced Capital Group
Retirement Plans/Financial Wellness
To say current financial economic conditions are unprecedented understates things: The United States, the world’s largest economy, by far, is transitioning economically from a once in a hundred-year public health crisis. Americans are also experiencing personal financial transitions, magnified by valleys and spikes in the economy as it recovers from the Coronavirus crisis. The economy is in transition and causing difficult personal finan..
Continue reading

A Nail-Biting Period For Financial Decision-Making 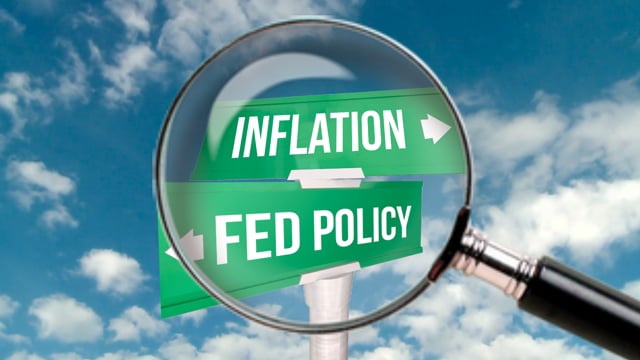 It’s looking like the months ahead could be a real nail-biter for making financial decisions, with the rate of inflation that U.S. monetary policy is pegged against more than doubling in the past two months,..
Continue reading

Easy Ways to Get Your Kids Saving

Mathew Coyle
Individual Wealth Management
If you want to get your kids started on the road to financial independence, here are 5 ways to get them going fast! 1. Automated Investing Accounts. Need a quick, cheap, automated, and simple way to get your kids on the road to savings?  Look no further than index investing through an automated service!  Often referred to as "robo" investing, these automated accounts offer basic access to the power of the markets and have very low minimums. SHA..
Continue reading

Advanced Capital Group
Individual Wealth Management
The rate of inflation federal policy is pegged against more than doubled in the last two months, according to data released this morning by the U.S. Bureau of Economic Analysis.  It’s prudent to expect the months ahead to be a nail-biting period for financial decision-making. The 12-month rate of inflation, as measured by the Personal Consumption Expenditure Deflator (PCED) – excluding food and energy prices, surged from 1.4% in the 12 m..
Continue reading

Fed Signals It’s Thinking About Starting To Talk About Tightening

Going Out On Your Own Terms: Six Key Documents In An Estate Plan

Advanced Capital Group
Retirement Plans/Financial Wellness
Everyone’s estate plan is unique, but these six documents are key in ensuring your final wishes are carried out and you end life on terms you have set out. 1. Financial power of attorney. This document authorizes an "attorney-in-fact" to act on your behalf in financial matters. The most common power of attorney, a "durable" one, remains in effect if you're incapacitated. Another variation, which is known as a "springing" power of attorney, tran..
Continue reading

Fed Signals It's Thinking About Starting To Talk About Tightening

Advanced Capital Group
Individual Wealth Management
The U.S. Index of Leading Economic Indicators hit an all-time high and housing starts weakened but were still at a 15-year high. Amid the booming April data released this past week, the big news for investors was in the release of the minutes from the Federal Reserve’s monetary policy meeting on April 27 and 28, revealing that some members of the Federal Open Market Committee (FOMC) want to begin talking about cooling down the fast growth of th..
Continue reading

Your Financial Psychology Under Current Conditions

Advanced Capital Group
Retirement Plans/Financial Wellness
Financial psychology is part of the field of behavioral economics, a burgeoning social science first recognized with the award of a Nobel Prize in Economics in 2002 to Daniel Kahneman, and again in 2017 with the prize awarded to Richard Thaler. A practical benefit of behavioral economics is that investors can take assessments to understand their personal financial personality traits. Are you a risk taker? Will you follow through on a long-term pl..
Continue reading 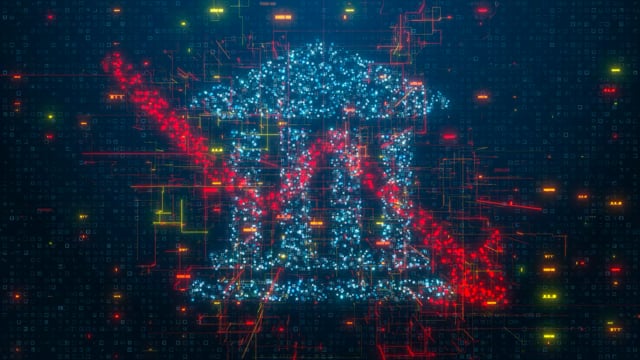 The Federal Reserve says the current spike in inflation will be temporary, but some economists say the Fed is just winging it and could easily be wrong...
Continue reading
Previous     Next
1 2 3 4 5