What’s The Risk Of A Market Melt-Up? 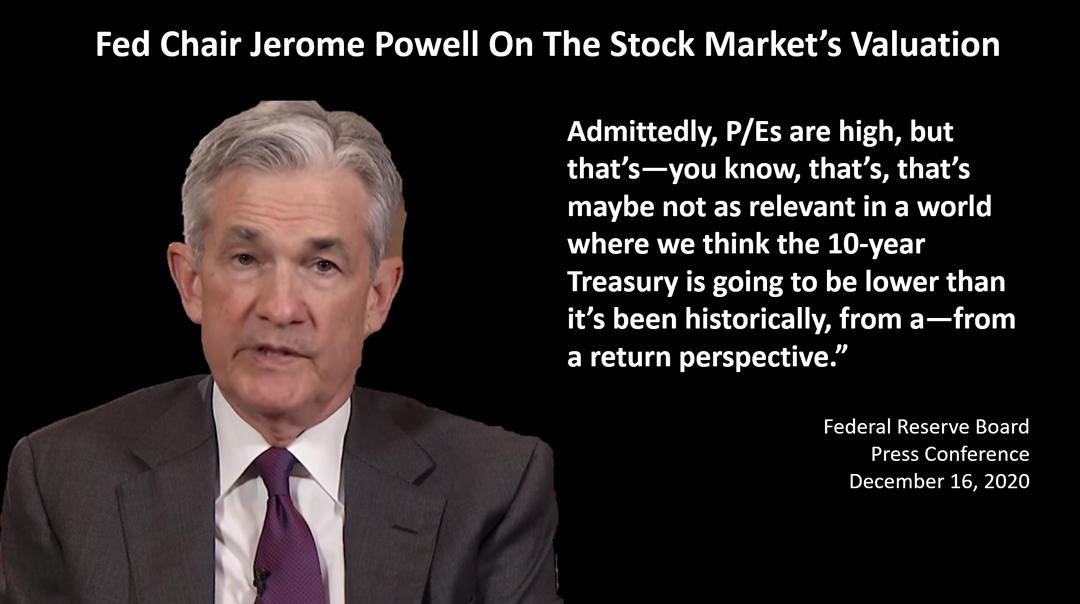 The Standard & Poor’s 500 stock index closed today at 4164.66, 1% off its all-time high of 4211.47 set last Thursday. Stocks have continued to break records for months and a market melt-up is possible. Are stocks fairly priced? For the answer, we turn to Jerome Powell, the U.S. Federal Reserve Bank chairman.

Fed chairmen generally avoid talking the stock market up or down. However, at a recent press conference, Mr. Powell was asked about the fact that stocks are highly-priced by traditional valuation standards, like price-to-earnings (P/E) ratios. Mr. Powell’s answer is important to investors, though it did not get much press. That day, the East Coast faced the worst winter storm in years and a lot of things were going on, as always. But here’s what Mr. Powell said: “Admittedly, P/Es are high, but maybe that's not as relevant in a world where we think the 10-year Treasury is going to be lower than it's been historically.”

Mr. Powell is saying the P/E ratio isn't so relevant right now because of the low-interest rate situation worldwide. He’s saying that what's most important is the comparison of the P/E ratio to bond yields. 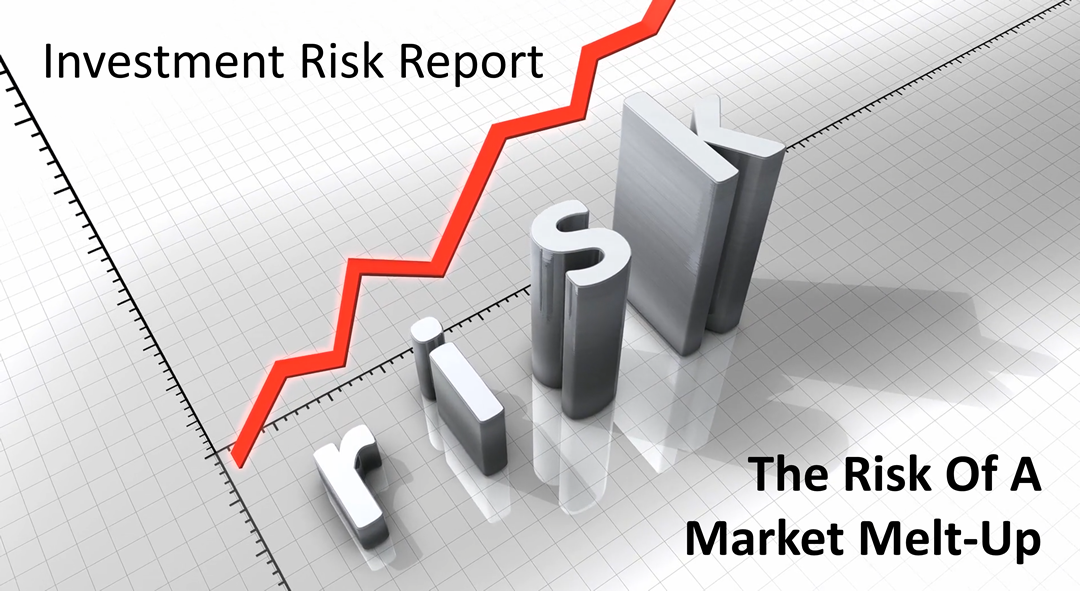 Fascinating. It's important because, to the extent that the Fed chairman believes this, then he's going to remain accommodative and keep creating money, aiding and abetting the Treasury in creating money. That's going to continue to support stocks, as well as the economy, for the foreseeable future. At least, that's a conclusion that one could reasonably reach.

In contrast to Alan Greenspan, who warned stock investors were growing irrationally exuberant in 1996, four years before the peak in a great bull market, this Fed chairman is saying:  Pay no attention to P/E ratios, the traditional valuation benchmark of stocks. What matters is the P/E ratio compared to the 10-year bond yield, and, that bond yields are likely to remain low for the foreseeable future because of population trends in developed and developing nations, improvements in technology, and other fundamentals.

If the Fed thinks high price-to-earnings ratios are not relevant and bond yields relative to stock prices are a better measure in current economic conditions, then that leaves  leeway for stocks to rise without Fed action. The risk of a market melt-up is a real thing.

If you fear missing out on a market melt-up or are worried about being overexposed to stock risk, consider designing a core portfolio diversified across low expense assets and professionally managed.